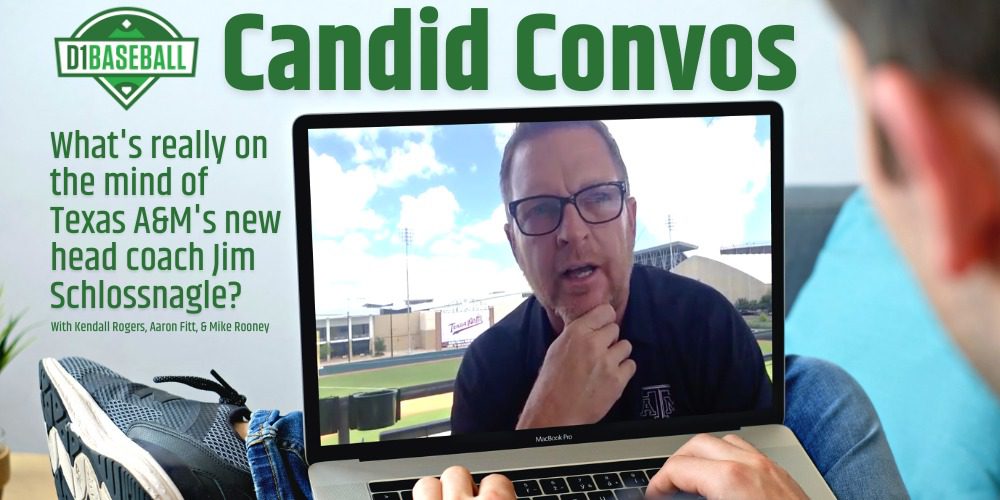 D1Baseball continues to expand its interactive elements to its users, and in a new series called ‘Candid Convos with Coaches’, we will spend an hour with various coaches around the country getting their pulse on the sport as a whole, their program and their pathway to Division I Baseball.

We hope to feature a new coach each week in our video and podcast series. And in our first edition, our Mike Rooney, Kendall Rogers, and Aaron Fitt sit down with new Texas A&M head coach Jim Schlossnagle.

Schlossnagle will begin his first season with the Aggies in 2022 after spending the last 18 seasons turning TCU into a perennial national power.

Some of the questions we discussed with Schlossnagle include:

* How is he different now than his first head coaching gig at UNLV?

* Are more scholarships on the horizon?

* The future at Texas A&M, plus details on facilities renovations

Sign in or subscribe to check out the full video of our candid convo with Coach Schlossnagle!