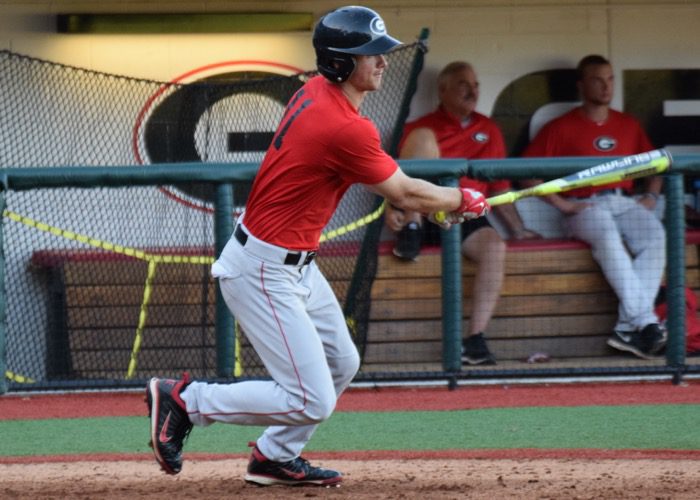 ATHENS, Ga. — Sometimes you can learn more about a team by watching it practice than you can from a game. Georgia coach Scott Stricklin runs a practice like a man possessed — barking orders and feedback, directing his constantly moving pieces like John Williams leading the Boston Pops. It’s fast, crisp, energetic, fun and instructive.

During a popup communication drill, Stricklin hollers at his players to yell as loudly as he does. “Not loud enough!” he barked at one point. “I want you to scare the crap out of somebody!”

When Georgia works on PFP (pitcher’s fielding practice), there are so many players moving around so quickly in so many different directions that you can’t help but think, “This is chaos.” But everyone knows exactly where to go, and the drill runs as smoothly as a finely tuned carnival ride. And later, when a Georgia pitcher fields a comebacker and sprints to first base for the unassisted out during an intrasquad scrimmage, a euphoric Stricklin bellows, “Yes! PFP!”

“I always tell guys, we’re going to be out here for three and a half hours, let’s have some fun, let’s have some energy. While I still have some energy, I’m gonna give it,” Stricklin said. “Practice goes by quick for me, just because we’re constantly moving, we’re going from drill to drill. It’s, ‘Let’s get there, let’s get it done.’ I don’t like standing around, I don’t like our guys standing around. So there’s always a lot of movement, and I just think it keeps guys loose. We’ve all seen practices where you’re taking batting practice for an hour and a half, and there’s a lot of guys just standing there. It gets monotonous and boring, and that’s the last thing we want to do.

“So we have a lot of energy, we have a lot of fun, and when people walk in, that’s what I hope they see. It’s gonna pay off for us, just because we go at a high pace, we try to put pressure on them, and we expect a lot from them. When you move fast and do things the right way, you’re going to get results.”

And that may be the biggest reason for optimism about Georgia’s future: Scott Stricklin and his staff can really coach.