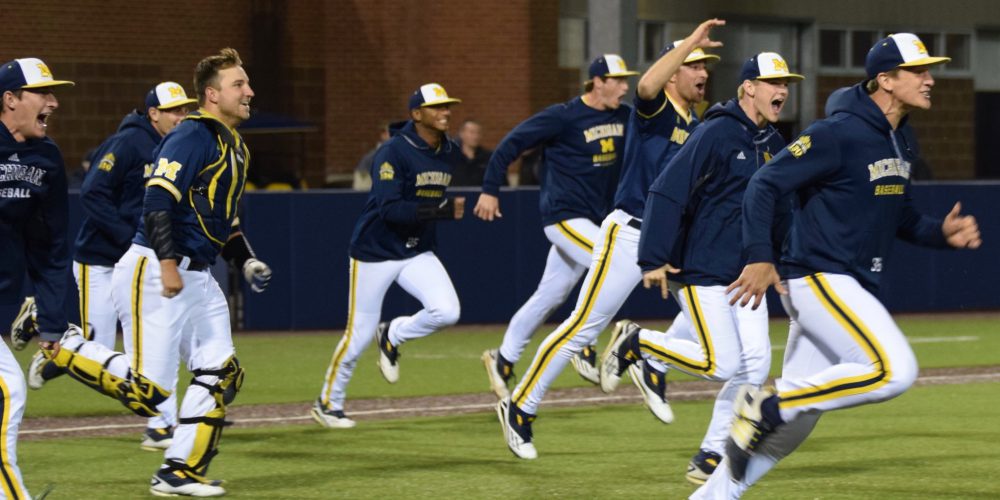 ANN ARBOR, Mich. — The series of the year in the Big Ten between rivals Michigan State and Michigan started off with a juicy pitching matchup between a pair of talented lefthanders. On a gray 50-degree evening in Ann Arbor, an energetic crowd of about 2,000 and a bushel of scouts packed in behind the plate to watch MSU’s Cam Vieaux take on Michigan’s Brett Adcock.

But it wound up being a battle of the bullpens — and as Michael Baumann wrote in his extensive preview of this series earlier this week, the Spartans have one of the best bullpens in college baseball. But they asked a lot out of their pen on Friday after Vieaux exited with an injury in the second inning, while the Wolverines got a solid outing out of Adcock, who logged 5 1/3 innings and allowed two runs.

Still, MSU relievers Walter Borkovich and Dakota Mekkes did everything they could to give their team a chance to win — but Michigan’s own quality bullpen went toe-to-toe with the MSU pen, and eventually the Wolverines pushed across a run in the 11th to win 4-3 in walk-off fashion.

It was a compelling showcase of quality pitching, as the two teams used nine combined pitchers, and every one of them had quality stuff.