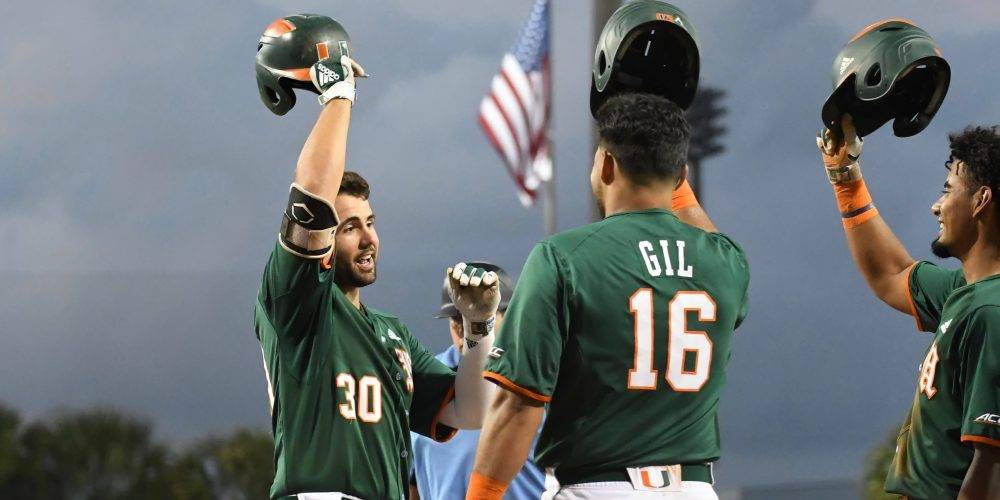 CORAL GABLES, Fla. — Success — such as Alex Toral entering this week tied for the ACC lead with 12 home runs or Raymond Gil ranking third in the conference with a .394 batting average — tends to be broadcast over the airwaves, written about on websites and cheered from dugout benches and bleacher seats.

But failure can be subtle.

Sometimes it’s as simple as a missing name – or two – from a lineup card.

The latter scenario is what happened last year to Miami’s dynamic duo of first baseman Toral and third baseman Gil.