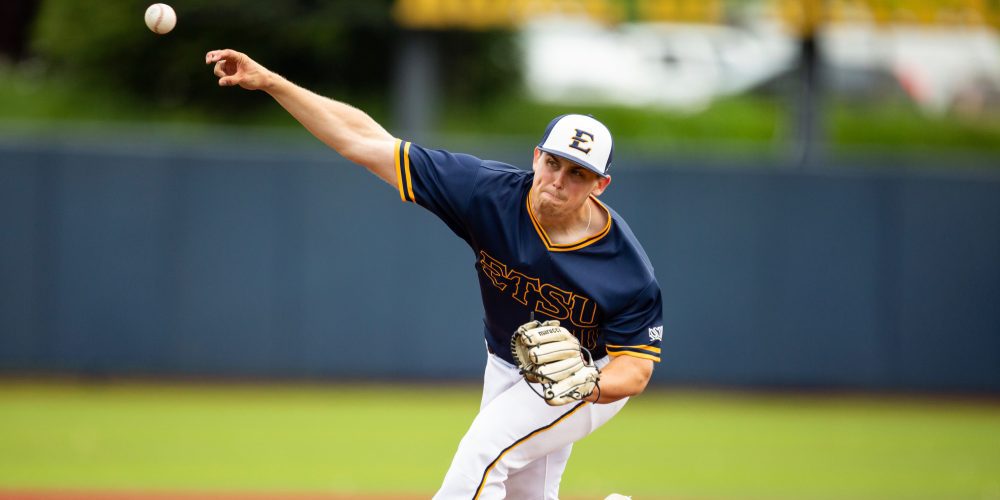 That was the strikeout-to-walk mark turned in this year by East Tennessee State righthander Landon Knack, whose fastball has tickled 98 this spring, making him a potential top-five-rounds 2020 draft pick.

But while his 51-1 strikeout-walk ratio led the nation and is nearly unheard of, it’s no fluke for Knack, and we know this because he has done this sort of thing before.

As a sophomore at Walters State CC (Morristown, Tennessee), Knack struck out 58 batters before he issued his second walk, and even that first free pass did not come without controversy.

“My foot slipped, and I nearly fell off the mound,” Knack said of the 3-2 pitch that drew the walk. “(Even so), the pitch was barely low.”

Walters State coach David Shelton didn’t think the pitch was low at all.

“Landon really got hosed,” Shelton said. “I felt like he struck the kid out. The ump blew the call.

“I told the ump, ‘You know how I know you missed that pitch? That was (Knack’s) first walk of the season!’”

This season, Knack, 22, issued a walk in his first start, to Toledo’s Danny O’Reilly on a 3-2 pitch.

After that, however, Knack didn’t give up another freebie in this coronavirus-shortened season, tossing 315 consecutive pitches without hearing an umpire belt out that awful-for-a-pitcher phrase of “Ball Four!”

Check out the full article with a D1Baseball Subscription below!