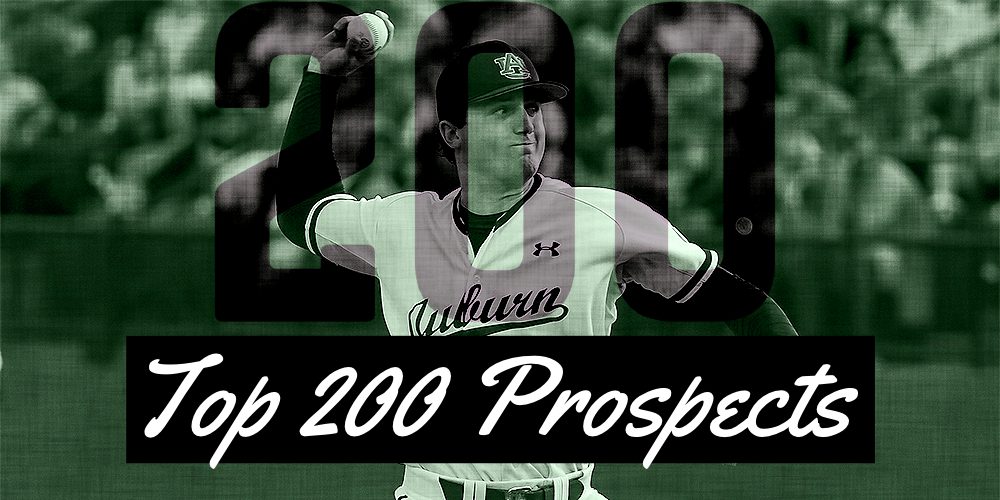 The college baseball regular season and conference tournaments are complete. Now it’s on to Regionals and the MLB Draft June 4-6.

Our rankings are based both off what we have seen this spring during our extensive coverage and what the industry “thinks.” In cases where we have seen a player perform differently than what the industry has “seen”, we consider both, but side with our evaluations and analytics. Our rankings are based on talent/tools, performance and on-field makeup such as competitiveness, aggressiveness, confidence and body language. Our rankings don’t consider several areas that professional organizations spend a great deal of time and resources gathering; signability, medical information, personality/psychology results, to name just a few.

To make it more informative, we’ve added a round to each pick. Over the past two drafts, the average number of collegians selected from the first pick in the first round to the last pick in the seventh round is 154. The first round total, including the Competitive Balance A, is 24. The second round through Competitive Balance B/Compensation picks is 42. Third round 59. Fourth round 80. Fifth round 101. Sixth round 125. Ninety-six percent (173 of 180) of the selections from rounds eight to 10 have been collegians, with a majority of those seniors. Just as talent plays a role in where a prospect is ultimately selected, so does signability. In many cases, the round will vary.

While some decisions within the rankings weren’t so difficult, other were, especially in cases where we had a large discrepancy between what we saw and what the industry sees. However, the one thing we both agree is the top college prospect is Auburn righthander Casey Mize. He held the top spot in our Midseason Top 150 rankings and remains there today.