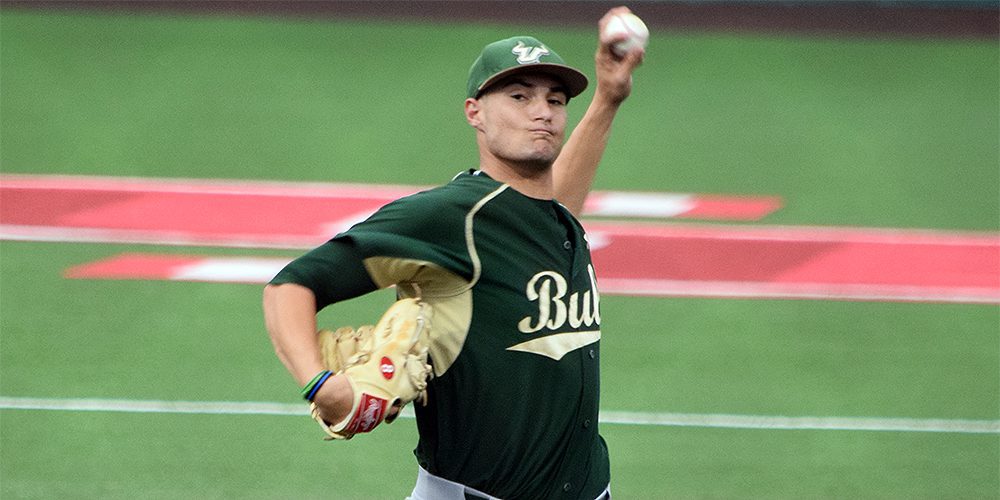 Who are college baseball’s hardest throwers? After eight weeks of games, here’s a list of college pitchers we have seen throw at least one fastball 96 mph or better. All velocities were seen firsthand by D1 Baseball or Prep Baseball Report staff members.

It was an ice cold week for the Heat Sheet as it was shutout for the first time this season. Despite our weekly extensive coverage of college baseball throughout the country, we saw just one flamethrower at 96 or better. However, Shane McClanahan from South Florida made our list in Week One and throws smoke every week; he was up to 97 at Houston on Friday night. Our season total remains at 27 with eight more weeks remaining in the regular season.

With plans to cover both the South Carolina at Arkansas and Oregon State at Missouri State series this weekend, look for several names to be added to the Heat Sheet in Week Nine. Buzz of Jackson Rutledge (Arkansas), Cody Morris & Ridge Chapman (South Carolina) and Dylan Coleman (Missouri State) throwing 96 or better could be confirmed.