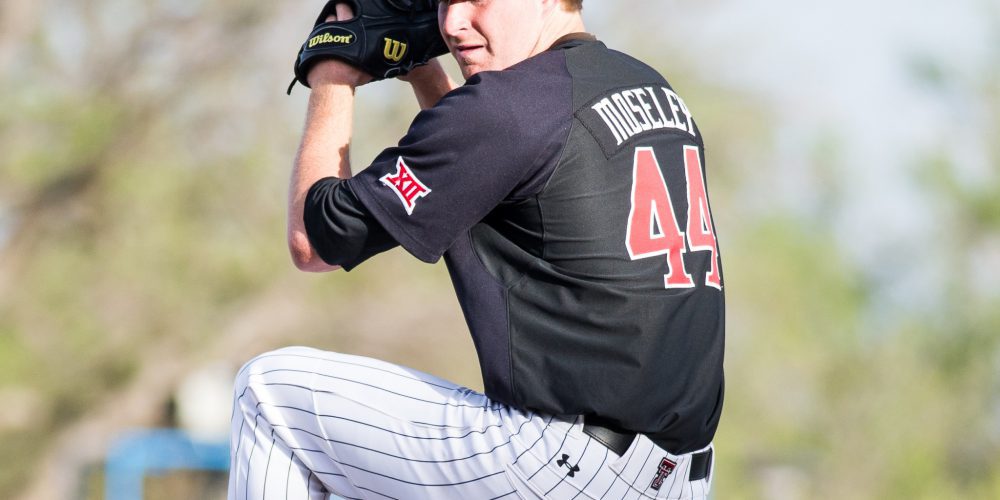 Team of the day: LSU

Some a few weeks ago made the bad decision of throwing the Tigers to the wolves, so to speak, after series losses to Alabama and Texas A&M. Now, the Bayou Bengals are heating up with Antoine Duplantis and others leading the charge. Righthander Alex Lange settled in and put together a strong start in a 3-2, series-clinching win over No. 2 Vanderbilt. Meanwhile, Duplantis finished the night with two hits and two RBIs, while nine-hole hitter Cole Freeman had three hits and knocked in a run. LSU is getting its bearings straight, and that could be bad news for opposing teams moving forward.

Lauer has put together an outstanding junior campaign that has him rising up the prospect rankings. And he had yet another dominant start in a 3-0 win over Toledo. Lauer struck out 10, didn’t walk anyone and allowed just two hits in a complete game performance. For the season, the elite lefty now has a ridiculous 0.99 ERA in 54.1 innings, along with 67 strikeouts and 19 walks and a .163 opponent batting average.

Upset of the day: Kansas over No. 10 TCU

The Horned Frogs have been a little up and down on the road this season, and that trend continued Friday night with a 4-3 loss to Kansas, which entered the contest with an RPI into the 200s. TCU starting pitcher Luken Baker struck out six, walked two and allowed two runs on five hits in 5.1 innings, while for the Jayhawks, Ben Krauth put together a quality start, striking out nine and allowing just two runs on five hits in six innings. The Frogs had a double whammy on Friday with their RPI taking a hit down to 25.

BYU BASHERS: Brennan Lund and the Cougars just continue to impress. They continue to pummel San Diego so far this weekend, improving to 25-4 overall with a 13-1 thrashing. Lund, by the way, went 4-for-6 with a pair of doubles and two RBIs to lead the charge, while Maverik Buffo was terrific on the mound with just a run allowed in 6.1 innings.

GATORS CHOMP FIRST: Mississippi State righthander Dakota Hudson had pretty much been flawless in each of his starts before Florida on Friday. But, the aggressive and versatile Gators had something in store for him, as they beat the Bulldogs 8-2 and touched up the stellar righty for six runs (season high) on eight hits in just five innings. Meanwhile, righthander Logan Shore gave his team a respectable start with two runs allowed in 5.2 innings, while the bullpen did the rest of the work.

CARDINALS CRUSHING IT: Jim Gilligan is having one heck of a going away present so far this season, as the Lamar Cardinals have won 13-straight contests after a 1-0 road win over Texas A&M-Corpus Christi. Lamar righthander Will Hibbs was masterful for the Cards, striking out 10, not walking anyone and allowing just five hits in the complete game performance. Lamar, by the way, is now 23-7 overall and 46 in the RPI.

MARTIN MASHING: Tennessee-Martin hasn’t exactly had a good season. The Skyhawks have yet to hit the double-digit win mark and had given up 20 runs or more twice in the past couple of weeks. However, they delivered a decisive blow in a 20-6 win over Eastern Kentucky with OF Nick Gavello going 3-for-4 with a home run and six, yes, six RBIs.

LOUD LOBOS: Ray Birmingham’s Lobos have quietly put together an impressive campaign, and they opened some eyes Friday night with a 2-1 win over a sizzling Fresno State club. You knew the Lobos would need good pitching with Fresno sending lefty Ricky Thomas to the mound. And they got just that, as lefty Carson Schneider struck out six, walked three and allowed a run on five hits in 8.1 innings.

GAUCHOS GO: First of all, how about coach Andrew Checketts and his coaching staff having the intestinal fortitude to actually fly completely across the country in the middle of the regular season to face College of Charleston? To double the pleasure, the Gauchos took the series opener from the Cougars, 7-4 with J.J. Muno hitting a home run and knocking in two runs, while workhorse righthander Shane Bieber was solid on the mound, striking out eight, not walking anyone and allowing just four runs on six hits in a complete game performance.

HOUSTON, DO WE HAVE A PROBLEM? The Cougars are a very solid club when they are clicking on all cylinders. However, they had a tough week last week with a midweek loss to A&M and a road series loss to East Carolina. Now, the Cougars have lost the home series opener to UCF, 2-1. UH righthander Andrew Lantrip had yet another workhorse performance, striking out eight and not walking anyone in 8.2 innings, while Cre Finfrock led the charge for the Knights with just a run allowed in 8.1 innings. Suddenly, Houston’s RPI is down to 60 and it now has an overall record of 17-12, 1-3 mark in the American.

PIRATES SUCCUMB TO UNDERTOE: It’s the series of the weekend in the American and Tulane drew first blood with a 5-2 victory on Friday night. While ECU had plenty of chances with nine runners left on base and 11 hits, credit Tulane lefthander Ross Massey for getting out of jams. Massey struck out three, didn’t walk anyone and allowed just two runs in a complete game performance. Meanwhile, ECU wasted a quality performance from lefty Evan Kruczynski, who struck out 13 and didn’t walk anyone in eight innings. Tulane won the game by staging a ferocious five-run ninth-inning rally that culminated with a three-run walk off home run from Hunter Williams.

THE BRAMLETT BEAT: Ole Miss entered Friday’s contest against Arkansas in desperate need of some mojo, and it got just that by way of righthander Brady Bramlett. Bramlett struck out 12, walked just one and allowed three hits in seven shutout innings of 7-3 victory over Arkansas. The Hogs shook up their rotation this weekend, and veteran righty James Teague struggled from the start with seven runs allowed on eight hits in just three innings.

UTAH COOLS OFF: The Utes had been blowing the lid off things in the Pac-12 Conference the past couple of weeks, but finally showed signs of cooling off on Friday in a 5-2 road loss to USC, which by the way, drops them to 7-3 in the league. USC righthander Joe Navilhon put together a strong start with nine strikeouts and just two walks, along with two runs allowed on eight hits in seven innings. Frankly, this is a series USC desperately needs to win if it wants to flip the season script.

RED RAIDERS RISING: Tim Tadlock’s club looks like the cream of the crop in the Big 12 Conference right now. The Raiders improved to 22-9 overall, 9-1 in the Big 12 on Friday with a 5-1 road win over Oklahoma State. While Davis Martin struck out six and allowed just a run in 4.1 innings, veteran righthander Ryan Moseley was terrific out of the pen with 4.2 shutout frames. Everything is looking good for Tech these days.

TENACIOUS TERPS: To put it mildly, Maryland entered the weekend desperately in need of a series win over Ohio State. Well, after just one day and a doubleheader, the Terps got just that in wild fashion. While Maryland won the series opener 3-0, the wildness arrived in Game Two. Ohio State carried a no-hitter into the bottom of the ninth inning and actually had two outs before a strike three call to solidify the no-hitter was dropped and the runner reached base. The Terps then scored the tying run on an error and won the contest in the 10th on a Madison Nickens walk-off single. Though lost in the mix from the wild win, Taylor Bloom led the Terps on the mound with a shutout performance in nine innings of work.

ZAC ATTACK: UNC righthander Zac Gallen hadn’t been very good the past couple of weeks, but returned to his normal ways in a dominant performance, 6-0 home win over Virginia Tech. Gallen struck out 13 and allowed just four hits in the complete game performance. By the way, the loss for the Hokies makes it 16-straight losses. That’s simply unheard of.

SEMINOLES SMASH: Florida State has actually flown somewhat under the radar a bit so far this spring with counterparts Florida and Miami playing at such a high level, but coach Mike Martin doesn’t mind. After all, the Seminoles improved to 8-1 in the ACC with a 12-7 win over Louisville, racking up 19 hits with the top four hitters in the lineup totaling seven hits, C Cal Raleigh the ringleader with a home run in the contest. Interestingly, UL lefthander Brendan McKay had a tough day on the mound, allowing three runs on 10 hits in just four innings, while throwing 93 pitches in the process.