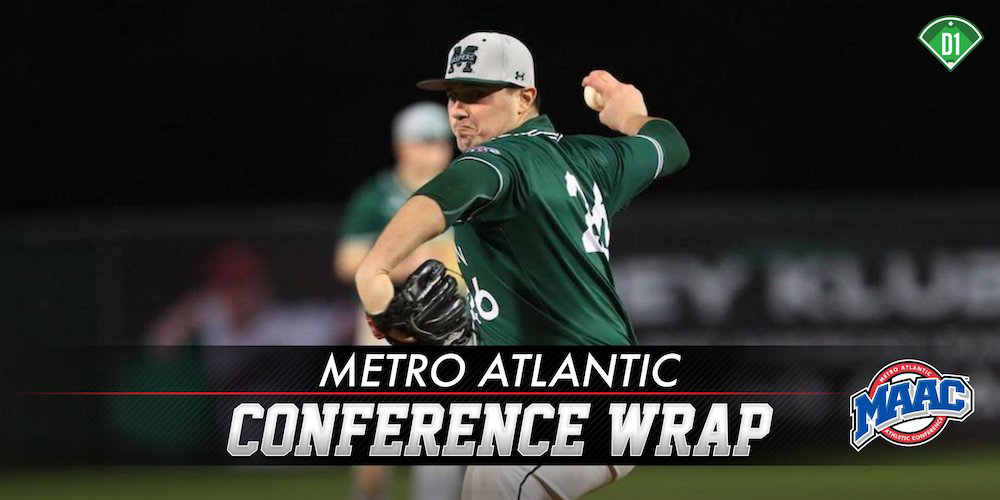 But informally, we can still take a look back at those first four weeks and highlight some players who stood out. Keep in mind that nonconference strength of schedules vary dramatically, and four weeks really isn’t a long enough period to even determine how strong a given schedule truly was. With those caveats out of the way, here are some superlative picks for the Metro Atlantic Conference which played four weeks of nonconference action and had yet to reach conference play.

Rob McCoy’s club was off to an admirable start to the COVID-shortened season. The Purple Eagles surprised many on Opening Day a few months ago when they defeated Florida State, 3-1, in Tallahassee. Niagara lost the final two games of the series in convincing fashion, but at least a small statement was still made. Niagara went on to take two games from North Carolina Central and Cornell before losing its final two series against Washington State and Boise State.

Form an offensive standpoint, Cole O’Connor was the headliner with a team-best .341 average, .400 OBP and three doubles, along with a home run and eight RBIs. He also walked five times and had a stolen base. Pete Battaglia also was off to a good start. Battaglia was hitting .297 with five doubles, two home runs and 15 RBIs, while Benny Serrano was the team’s OPS leader (.953) with four home runs and 12 RBIs. On the mound, McCoy couldn’t ask for much more than what Tyler Prospero and Jacob Bruning brought to the table. Prospero had a 1.50 ERA in five appearances and six innings of work, while Bruning had a 2.35 ERA in 23 innings, along with 28 strikeouts and nine walks. Teams had a .224 OBA.