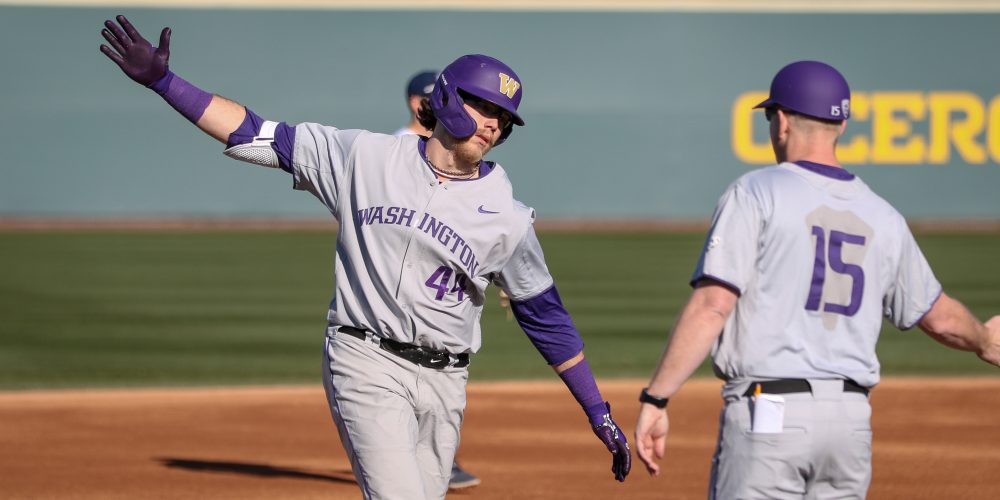 On The Upswing: Teams Climbing The Ranks

Each week, D1Baseball editors Aaron Fitt and Kendall Rogers take a look at 10 teams that raised their profiles over the weekend. Which teams are On The Upswing after third week of the season? Find out:

After taking a step back last season and flying under the radar, Andrew Checketts’ Gauchos appear to be back. The Gauchos are 8-2 on the season and are coming off a strong week that included a midweek win over USC, plus two weekend wins over Pepperdine with the third game being banged because of terrible field conditions. Up next for the Gauchos is a big road test against a Tulane club that certainly seems improved from last season — just like the Gauchos.

To begin the week, UCSB’s Jack Dashwood tossed an absolute gem in a win over USC, striking out 10, walking two and allowing a run and two hits in seven innings of work. And the strong pitching didn’t stop there. Ben Brecht struck out nine and allowed two runs in 6.1 innings in a series-opening win over Pepperdine before Jonathan Pendergast finished the weekend with a bang by striking out four, walking just one and allowing two runs on three hits in six innings in a win over the Waves.

Cal State Fullerton and Irvine seem to lead the Big West right now, but UCSB is creeping up and making a strong early impression.

The Huskies have flown under the radar a little bit since their season-opening series loss to UC Irvine, but guess what? The Anteaters are a solid club, and so are the Huskies. UW has won six straight games since that Irvine series three weeks ago and are coming off a strong week that included a home series sweep over Cal Poly. Up next for the Huskies are tough tests against Indiana, Coastal Carolina and Minnesota at the Safeco Field tournament just down the street.

Against the Mustangs, David Rhodes allowed just one earned run in five innings in the series opener, while Chris Micheles and Stevie Emanuels combined to toss four shutout innings. Big bopper Joe Wainhouse helped lead the way in Game Two with a home run in an 11-run explosion for the Huskies, while in the series finale, Josh Burgmann was the real deal on the mound, striking out 10, walking one and allowing just three hits in eight shutout innings.

Sorting out the Pac 12 the rest of the spring should be interesting to say the least. UW is one of several intriguing clubs.