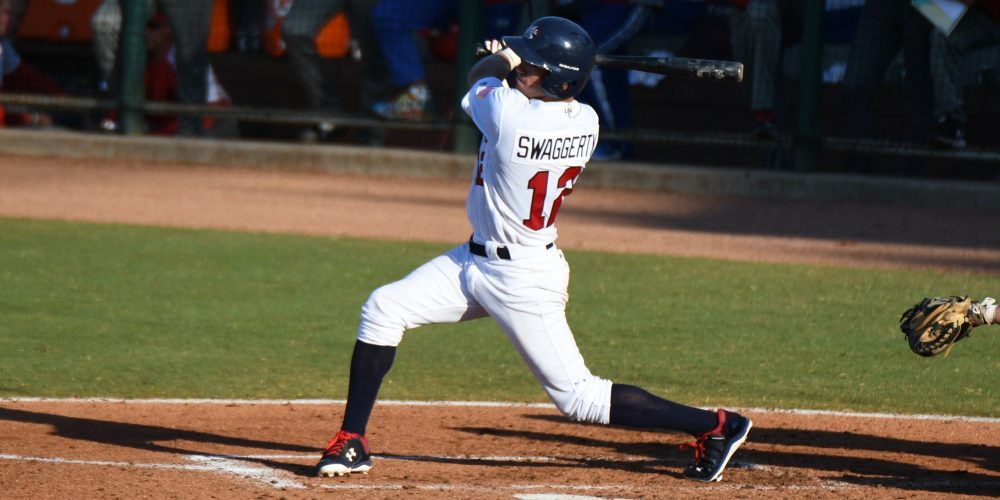 The night may have ultimately ended in defeat, but Tuesday’s game against Team USA has to be looked at as a victory in just about every other way for the Futures Collegiate Baseball League. They hung tough and in many ways outplayed the USA Baseball Collegiate National Team at various points throughout the night. Most importantly, they did an outstanding job of showcasing the best professional talent that their league had to offer.

The Futures League has developed a nice niche in the college summer league landscape, taking on some notable incoming freshmen from major programs like Vanderbilt, who has made a habit of sending their young players to the league in recent years. While we saw some very talented players on Tuesday night that fit that mold, we also saw some excellent depth when it came to more experienced players on their “prospect team” that squared of against Team USA. Despite falling to Team USA 6-4, this was an outstanding night for a strong up and coming league, as they showcased a host of highly intriguing prospects.

– If the name Zack Shannon (2017, 1b, Delta State) sounds familiar to you, you might remember him as the two-way star who was a Perfect Game All-American back in 2013. Back then, he showed booming raw power, pitched a 91-94 mph and showed a plus curveball. A lot has happened with Shannon’s career between then and now. An ugly ankle injury in Jupiter in 2013 seemed to set him back, and the performance on the mound never quite lived up to expectations in the spring of 2014. Shannon was not drafted, didn’t end up at Ohio State (where he was originally committed) and instead was never found at Wabash Community College in Illinois. Fast forward to 2017 and the righty swinging Shannon was the best hitter in Division II baseball in 2017 at Delta State, taking home a boatload of awards and putting up the monster numbers to support the hardware. Shannon blasted 19 home runs and posted a slash line of .434/.498/.758.