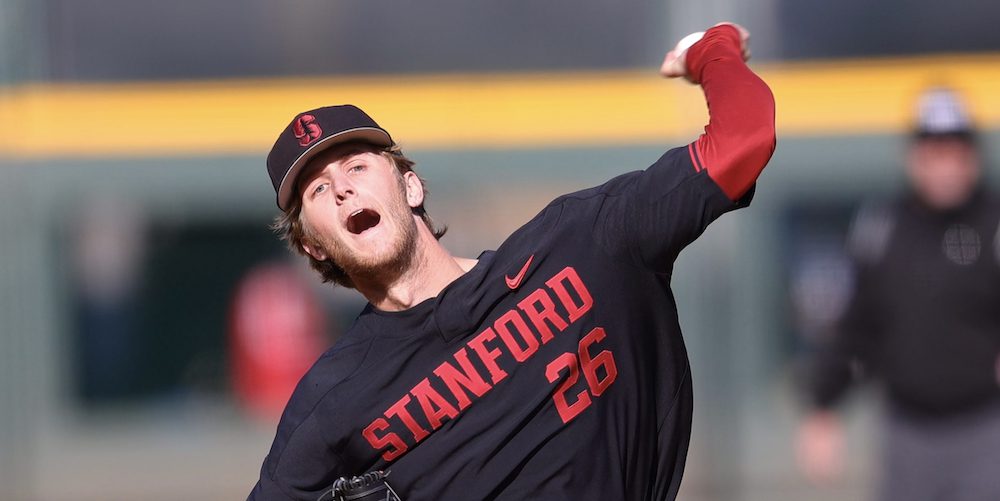 ROUND ROCK, Texas – Stanford’s Quinn Mathews picked a good time to have one of the best starts of his collegiate career.

The showdown between Stanford and Arkansas was the most star-studded contest of the weekend. But while the game originally was supposed to be played Saturday night, inclement weather and poor field conditions forced the contest to be delayed by a day.

It was worth the wait for Mathews and the Cardinal.

Earlier in the day Sunday, the Cardinal used a barrage of offensive production and strong pitching from fellow lefthanded pitcher Drew Dowd to silence Indiana. That set[…]