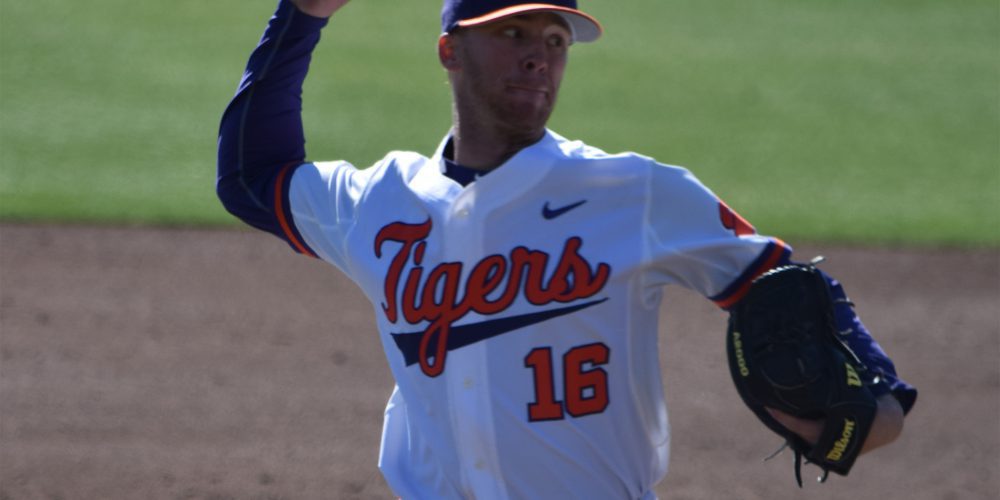 There’s nothing wrong with saying a rebuilding job is needed, but first-year Clemson coach Monte Lee won’t be one of those people.

As his Tigers made a statement on the national stage over the weekend with a series win over rival South Carolina, you couldn’t help but wonder if the Tigers were a little ahead of the curve from what we expected after fall workouts.

The Tigers looked like a team that was surely going to hit with the return of Reed Rohlman, Weston Wilson, Chris Okey and others. However, the pitching staff was a question mark, and it was one of the chief reasons why the Tigers were unranked and not picked to even be in the NCAA postseason field. Sure, those predictions could still come to fruition, but it’s looking highly unlikely with Clemson improved and playing with a lot of confidence.

Every coach seems to have a different mindset on a new job, and Lee has his own. It’s an attitude that seems to be exuding a sense of confidence throughout the clubhouse, and thus far, it seems to be paying dividends with the Tigers sitting at 8-2 overall entering ACC play.

“I came to Clemson for one reason and that was to put a team in a position to go to Omaha,” Lee said following Sunday’s victory. “I think the worst approach you can have as a coach is to show up somewhere and tell people you need your own guys there to succeed. I’ve tried to embrace these guys from day one, and I told these guys I was going to do it.

“They’ve done a lot of work so far,” he continued. “Whether it’s in the weight room, conditioning or how we practice, our makeup has been terrific, and a lot of the credit should go to Jack Leggett for creating men of character in the first place. I’m very pleased with how our program is doing, but we’ve got to keep working hard.”

Lee’s Tigers are anything but a finished product, but they are an intriguing club with vast potential. The offense stood out at times against the Gamecocks, and the starting pitching was surprisingly good.

What’s my take on all things Clemson and South Carolina? Here are some fine bullet points: