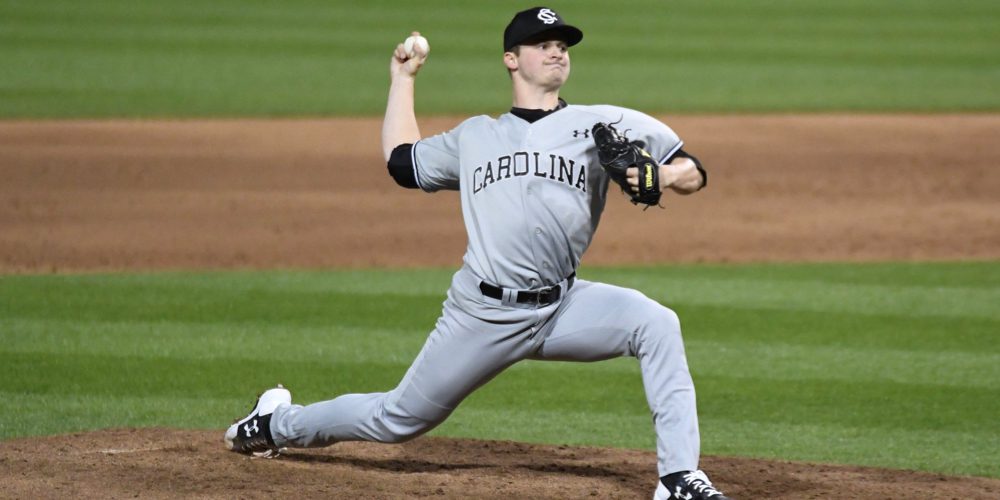 CLEMSON, S.C. — Charlie Barnes out-pitched Clarke Schmidt on Friday night at Doug Kingsmore Stadium, but Schmidt walked away with the win even without his best stuff or his good command. That’s an impressive testament to Schmidt’s fierce competitiveness — but it’s no knock on Barnes, who did everything he could have done to put his team in position to win.

Clemson made two costly errors behind Barnes that led to two unearned runs in the sixth inning, and the Tigers failed to capitalize on numerous scoring chances against Schmidt, as the Gamecocks escaped with a 2-0 win in[…]