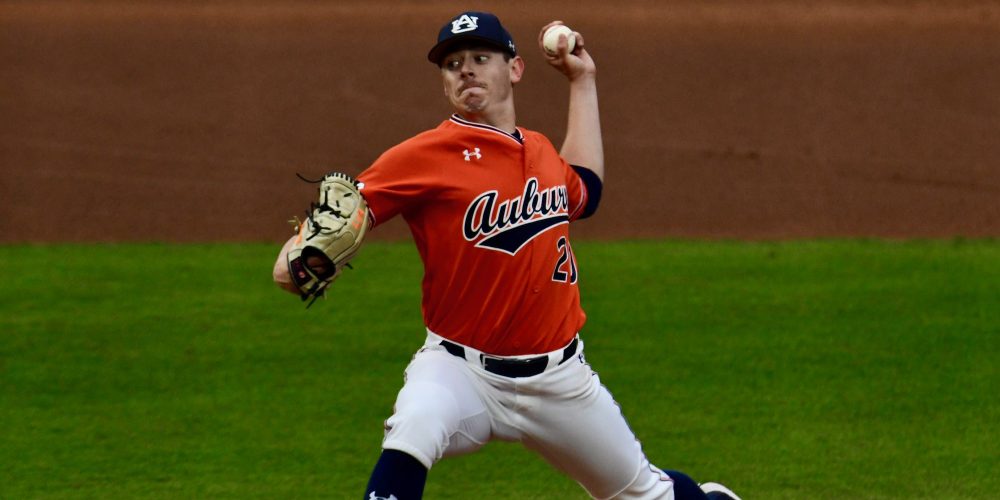 AUBURN, Ala. — Butch Thompson said he was “hurt” by his Auburn team’s sloppy play in a 13-6 loss to Ole Miss in front of as good of a Thursday night crowd as you’ll ever see in the SEC, where Thursday night games tend to be played in half-empty stadiums, even at the best venues. But there was no lingering effect from Thursday’s ugly five-error performance for Auburn on Friday, as the Tigers played much better baseball and pummeled the No. 1 team in the country 19-5 to even the series.

“Thursday night has been a challenge, whether I’ve been[…]