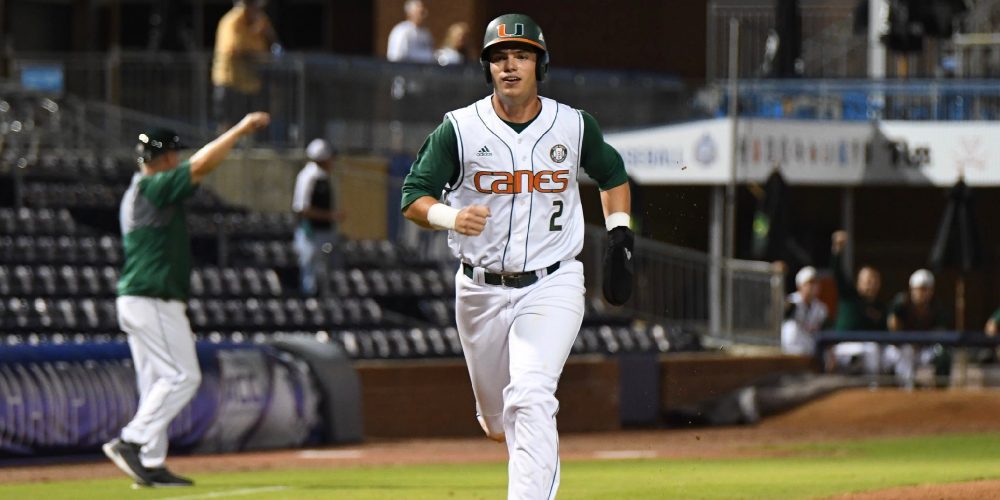 INSIDE:
• Miami storms back to beat Notre Dame and keep its NCAA tournament hopes alive
• Pitt keeps hope alive, as Matt Pidich bests Xzavion Curry in a good pitcher’s duel
• Virginia faces the end of the road, as an 11-inning loss to FSU ensures Cavs will miss regionals for the first time since 2003

DURHAM, N.C. — Miami knew it needed a sense of urgency — its season was essentially down to six outs. Trailing 2-1 against Notre Dame on Tuesday night, the Hurricanes had their backs to the wall — a loss would ensure they could not advance to the ACC semifinals and would effectively end their season. But there was no sense of despair in the dugout, only determination.

Indeed, Miami has shown a flair for the dramatic during its late-season winning streak, which reached 11 games Tuesday night after the Hurricanes stormed ahead with five runs in the eighth to beat Notre Dame 6-2. Early in that streak, Miami earned back-to-back walk-off wins over Bethune-Cookman, and the next weekend it needed extra innings to win two games at Virginia Tech.