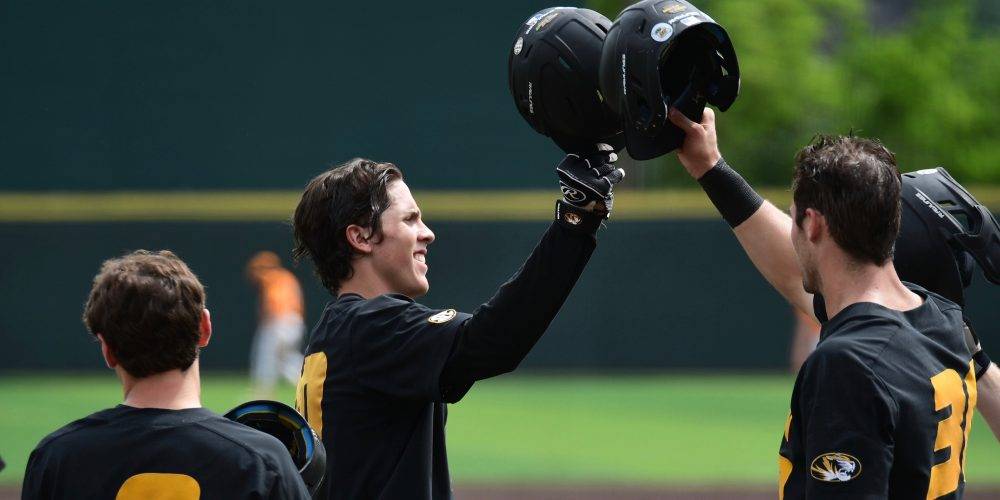 KNOXVILLE, Tenn. — Lightning struck at a bad time for Missouri. With two outs in the third inning Saturday and ace TJ Sikkema — he of the 1.31 ERA — on the mound, play was halted by a lightning delay that turned into a prolonged thunderstorm, delaying the game for roughly two hours.

When play resumed, the Tigers opted not to risk putting Sikkema back on the mound. Already down one game to nothing in the series, Mizzou would have to find a way to win a crucial Saturday road game without its ace.

“That was key today, because if we don’t pull out today’s game, as much as you try to keep the morale up, they’ll be struggling,” Missouri coach Steve Bieser said. “That’s human nature. You lose your ace after three and you wind up losing the ballgame, it gets really tough.”

But Sikkema’s teammates had his back. Even with Tennessee’s electric sophomore lefthander Garrett Crochet back on the mound after the delay — and still pumping 93-95 and touching 96-97 mph — Missouri’s offense continued to grind out quality at-bats, just as it did in Friday’s loss. That offense built a lead in the middle innings, and this time the bullpen held it, which it failed to do Friday. Relievers Ian Bedell and Cameron Dulle combined to work 6.1 innings of two-run ball to help Missouri even the series with a 6-2 victory. The win also allowed the Tigers to even their SEC record at 11-11-1. Given the importance of reaching 14-plus SEC wins for a team’s at-large hopes, every game is vitally important, and Missouri would have faced an uphill battle if it had lost this one.

Star center fielder Kameron Misner sparked all three Missouri rallies, in the fourth, sixth and eighth innings. In the fourth he legged out an infield single against Crochet, then stole second base, took third on an error and scored on Chad McDaniel’s infield single, putting Mizzou ahead 1-0. …