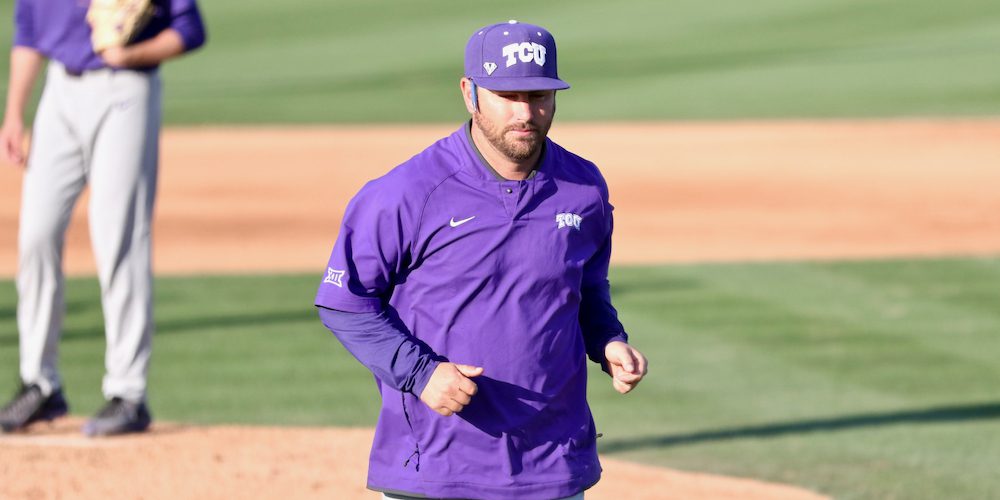 TCU is in the market for a new head coach after Jim Schlossnagle departed Fort Worth for Texas A&M after 18 seasons with the program.

Replacing Schlossnagle won’t be easy. He guided the Frogs to five College World Series appearances and they were a mainstay on the national stage.

Seeing how the TCU coaching search unfolds will be rather interesting to say the least.

Some around the program just assume that pitching coach Kirk Saarloos will be elevated to head coach, but sources continue to tell D1Baseball that the Frogs will undergo a[…]