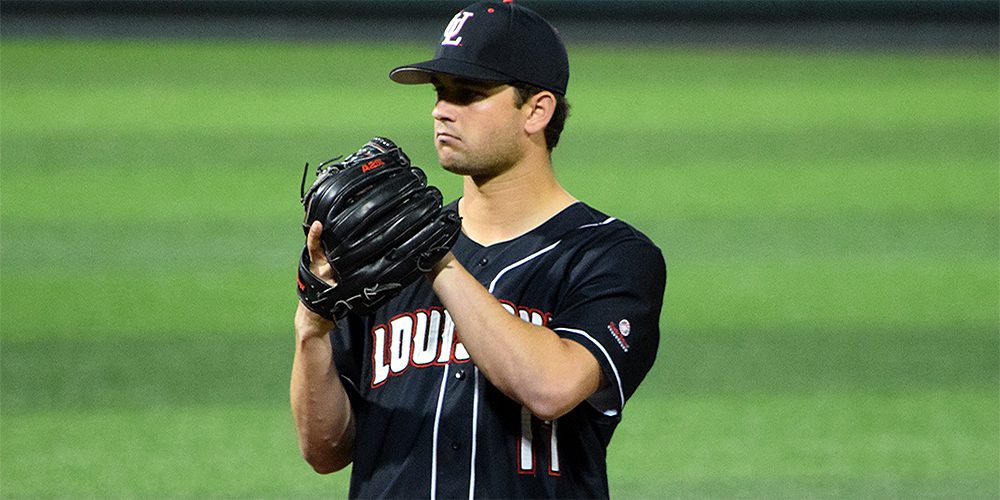 It’s a good thing the Cajuns have one of the best in the business in junior lefthander Gunner Leger.

Go down the list of the hardest-throwing pitchers in college baseball, and it’ll take a while to find Leger. But go down a list of the most efficient and effective pitchers and he might just be at the top.

Leger was … well, Leger, Friday night in a 2-0 road win over Sam Houston State, and he had to be. On one hand, the Bearkats sent Donica to the mound, who struck out 14 and allowed just one hit in a complete game performance last weekend. The Cajuns also needed a boost with the offense off to a slow start this season. To put the early-season offensive woes into perspective, the Cajuns entered the SHSU series opener with a .151 team batting average. Now, that’s a small sample size, but worth noting amid an important series.

Leger, though, had it all under control, and the offense did enough against Donica and the Bearkats.

“That’s what you want on a Friday night. Gunner is as good as it gets and we’ve got a nice buffalo as well in Donica,” Sam Houston State coach Matt Deggs said. “The thing about Gunner is that he can locate the ball so well, then he’ll turn around on you and pull the string with a changeup or breaking ball to take you off the fastball.”

To no surprise, it was obvious early in the game that we were in for a classic pitcher’s duel. Donica, a 6-foot-2, 200-pound, senior came out amped up and looked the part in the first inning. He recorded two quick outs, retiring the second hitter of the game, Hunter Kasuls, on a beautiful 80 mph changeup. While he walked three-hole hitter Joe Robbins, Donica finished the inning with yet another quality changeup to strike out Steve Sensley.