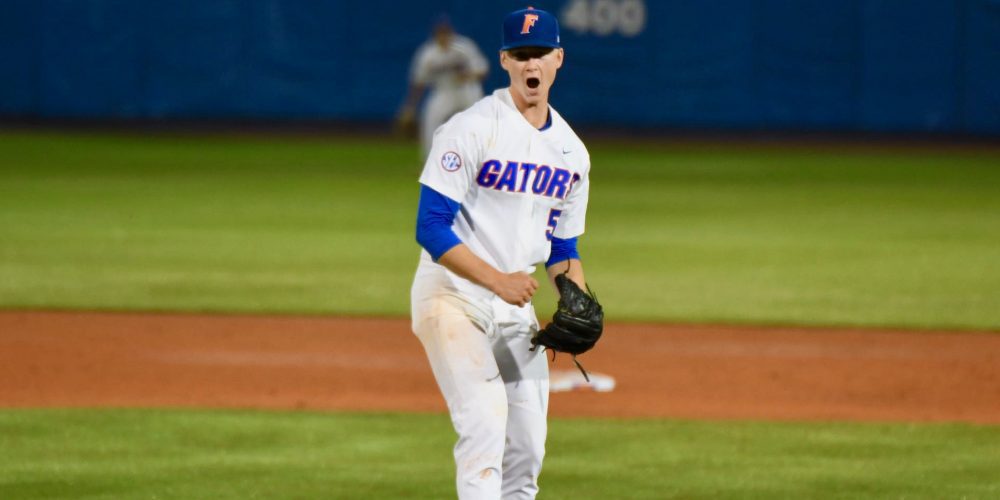 GAINESVILLE, Fla. — Florida’s 8-4 win against Vanderbilt on Friday night presented a classic sportswriter’s dilemma: What do you do when a team has multiple big stars who all turn in standout performances on the same night? Whom do you make the focal point of your story?

Do you go with Brady Singer? The first-team preseason All-American and preseason No. 1 prospect in college baseball was simply sublime Friday, turning in his best outing of the season: seven innings, two hits, one run, one walk and 11 strikeouts. Normally, he’d be an easy choice.

But what about fellow first-team All-American Michael Byrne? The Florida closer recorded the final five outs in characteristically clinical fashion to become the Gators’ all-time saves leader. If ever Byrne deserved the spotlight to himself, isn’t it tonight?

And let’s not forget third baseman Jonathan India, who is well on his way to first-team All-America honors himself. Not only is India one of the hottest hitters in college baseball, but he leads the SEC with a .440 average and a .917 slugging percentage, to go along with 10 home runs (one off the conference lead). All India did Friday was go 3-for-5, jumpstarting Florida’s offense with a bunt single and scoring the Gators’ first run in the fourth, then delivering a big two-run homer to highlight Florida’s crucial five-run seventh.

On nights like this, a sportswriter simply has to get creative. So let’s bite the bullet and shine the spotlight on all three.