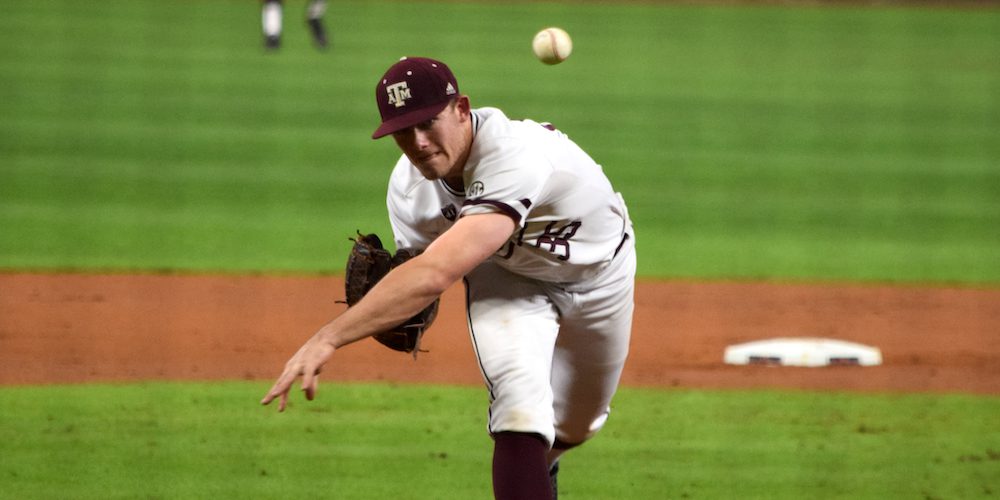 HOUSTON — It’s like clockwork. A special performance will be had when TCU and Texas A&M meet.

The latest meeting between the two in-state rivals was no different Saturday night, as the largest crowd of the weekend assembled at Minute Maid Park to watch TCU lefthander Brandon Williamson and Texas A&M lefthander Asa Lacy go toe-to-toe.

While Williamson put together an impressive performance against the Aggies, the story of the night was the start Lacy had against the Horned Frogs. The Frogs reached base to lead off an inning the first six frames. Yet, Lacy still managed to put up zero after zero on the way to a 1-0 victory.

“Those are two lefthanders who are going to pitch for a long, long time,” Texas A&M coach Rob Childress said. “Williams was equally impressive as Lacy, and those two were special and a lot of fun to watch. Both had a four-pitch mix and had overpowering stuff.

“Williamson does things so easy out there and he made it look easy the first few innings,” he continued. “I thought the defining moment for Asa was when he hit someone and then picked off the runner at first. That really helped us gather some momentum. He was able to pitch around that and made that one run stand up.”

It was evident from the start that Lacy and Williamson were destined to have strong starts.

Lacy was electric in the first inning. He hit Porter Brown on the first pitch of the game but collected his emotions and immediately caught Brown trying to steal second on the next pitch. He punched out TCU senior outfielder Josh Watson on a 94 mph fastball before inducing a ground out to Austin Henry to shake off some nerves.

The 6-foot-4, 215-pound, lefthander proceeded to walk the leadoff hitter the next two innings, but each time he found a way to avoid damage. In the second, he recorded a strikeout on a 94 mph fastball, while getting a huge double play to end the third inning. Lacy walked yet another leadoff hitter in the fourth inning but showed premium stuff by punching out Austin Henry on a 79 mph slider and Alex Isola on a 94 mph heater. That was pretty much the night for Lacy and TCU’s hitters. 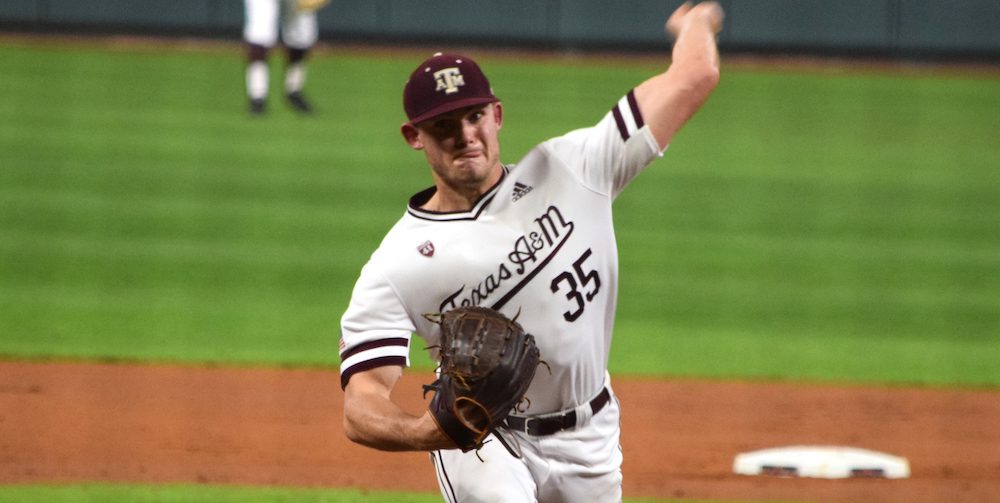 Lacy made big pitches each time TCU challenged him.

“I thought the stuff for Asa was really explosive tonight,” Childress said. “He got the changeup going at times, too, and he used the slider a bit more than he did a week ago. I thought he pitched very determined.”