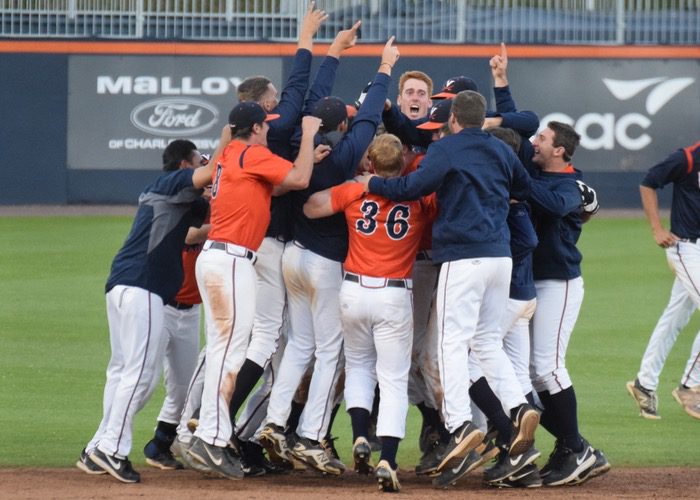 CHARLOTTESVILLE, Va. — Virginia’s fall world series ended like its spring season ended: with a raucous on-field celebration. But this time, only half the Cavaliers got to participate.

In the final game of the Orange and Blue World Series last week, the Blue team carried a 3-1 lead into the ninth, but the Orange team literally refused to go down quietly — its rowdy dugout tried whatever it could to rattle sophomore righthander Tommy Doyle, who was in for the save. It made for a surprisingly intense finish to a fall intrasquad game.

After two singles and[…]