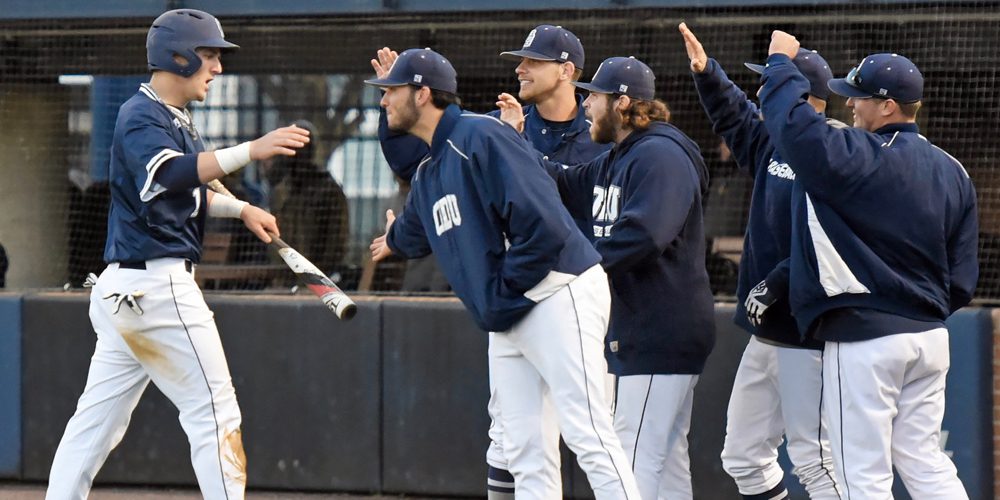 Under The Radar: Old Dominion

A year ago, Old Dominion was sitting pretty at 18-4 heading into a late-March series at Rice. The Owls swept that series, and ODU lost four series in a five-week span, dealing its postseason hopes a serious blow. The Monarchs finished 15-15 in the conference and missed out on regionals.

Fast forward one year, and Old Dominion has a very similar overall record: 19-5. But the Monarchs are in a better spot this time around. They’ve already played Rice, and this time Old Dominion did the sweeping. And unlike a year ago, when ODU lost two of three to West Virginia, this year the Monarchs won two of three from the Mountaineers. In fact, they’ve won all six of their weekends, and they’ve somehow flown a bit under the radar in Conference USA despite starting 5-1 in the the league. Heading into a big series this weekend against 4-2 Charlotte, the Monarchs are locked in a three-way tie for first place with Florida Atlantic and Old Dominion.

“Southern Miss is off to a great start, Florida Atlantic is always good and they’re off to a good start,” ODU coach Chris Finwood said. “Louisiana Tech is too good and too veteran to stay down for long. We were probably the ones that could sneak up on some people, so we’re trying to do that.”