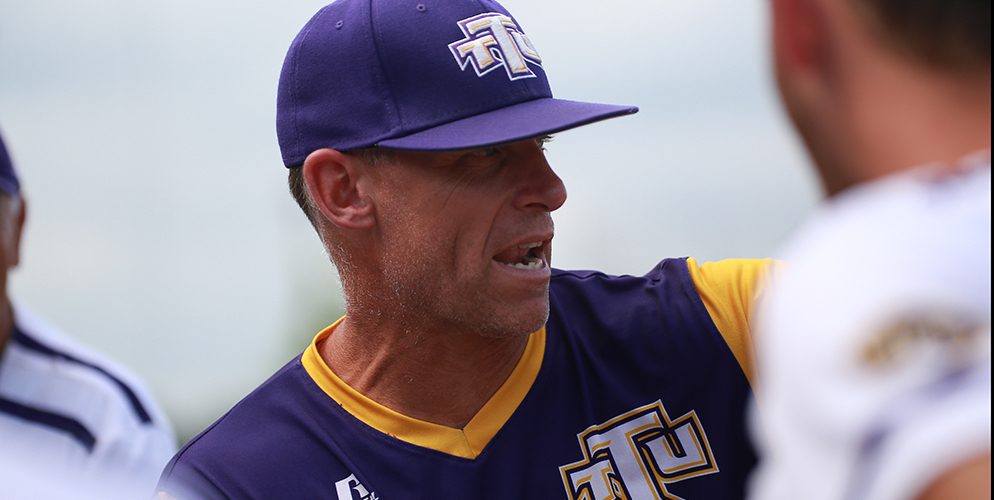 Vibrant head coach Matt Bragga, who caught the nation’s attention this spring by guiding Tennessee Tech to the super regional round for the first time in program history, will be named the new head coach at Rice, sources told D1Baseball.

The Owls parted ways with long-time and legendary head coach Wayne Graham a few weeks ago when they decided not to renew his contract, which expires on July 1. Graham’s Owls had a losing record this past season and failed to reach the NCAA tournament for the first time in 24 years. However, Graham had a remarkable career with the program, winning over 1,100 games in 27 seasons, while also guiding the program to the mountain top in 2003 with a national title and championship series win over Stanford.

Rice athletic director Joe Karlgaard did an extensive search for Graham’s successor, and it was thought early in the process that TCU pitching coach Kirk Saarloos would be the choice. That was close to happening, but Saarloos opted to stay put at TCU after the Frogs offered him a lucrative deal to stay put.

In the end, the Owls felt most comfortable with Bragga, who has experienced a great deal of success as of late.

In addition to guiding the Golden Eagles to a 53-12 overall record and a super regional appearance this season, Bragga also earned Ohio Valley Conference Coach of the Year honors last season by leading TTU to a 41-21 overall record, a 23-7 league mark and an NCAA tournament appearance. Bragga, 45, also guided Tech to the postseason back in 2009.

The Rice coaching search had its fair share of twists and turns, but Karlgaard and the Owls have their guy, and it’s someone who put on quite the audition last weekend in Austin as the Golden Eagles faced off with Texas.

Now, he takes over for one of the premier programs in college baseball.

The Matt Bragga era at Rice has begun.

〈
Previous Article State Of Baseball: Pace Of Play, Draft Timing Talk
Next Article Off The Top Of My Head: CWS Edition
〉