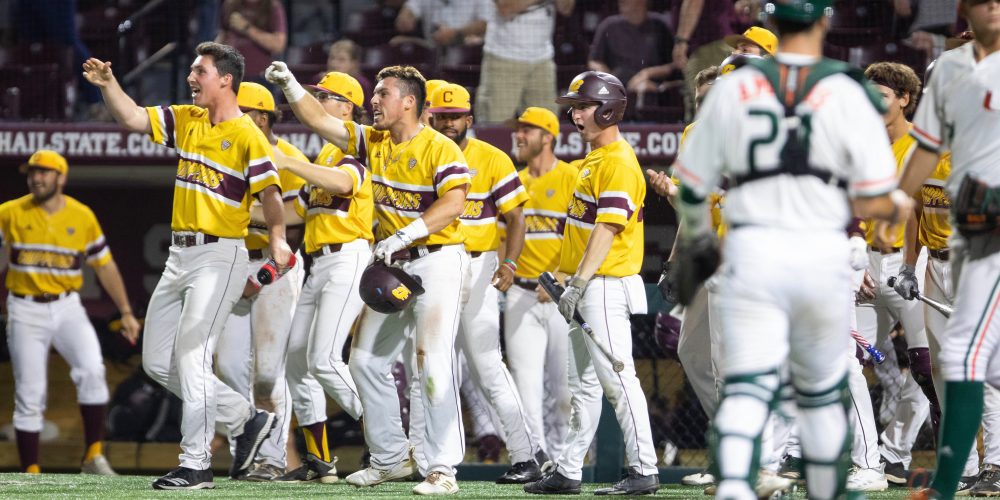 INSIDE:
• Central Michigan’s magical stretch run continues with a comeback win over Miami
• Mississippi State’s Rowdey Jordan puts on a show against Southern

They cheer for well-struck outs, too.

The Chippewas players also have their own special chants, and one Central Michigan reliever, Zach Kohn, has been known to wear a Yoda mask in the dugout.

The third-seeded Chippewas (47-12), in their opening game of the Starkville regional, have certainly earned the embrace of their fans, upsetting the second-seeded Miami Hurricanes 6-5 late Friday night.

It was the Chippewas’ 19th consecutive win, which broke the previous school record of 18 set in 1985. The Chippewas, who haven’t lost a game since April 23, will play top-seeded, third-ranked and host Mississippi State on Saturday night. …