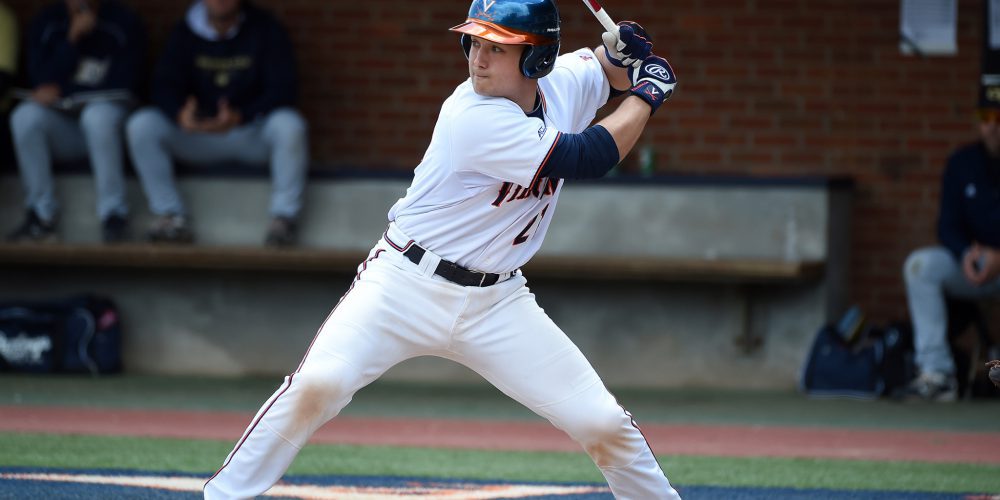 With 13 weeks in the books and one more weekend before most conferences tournaments begin, we’re nearing the college baseball postseason, which means it’s time to roll out the next projection of our field of 64. This field was composed by D1Baseball national writers Aaron Fitt, Kendall Rogers and Mark Etheridge in a Tuesday night teleconference that we recorded and posted as a two-part podcast, so you can hear our deliberations about national seeds and hosts, as well as the race for at-large spots.

In terms of the national seed picture, there continues to be some real stability amongst the top six in the pecking order. Florida, Miami, Texas A&M and Louisville appear to be national seed locks, while Mississippi State also is pretty much a lock. Meanwhile, Texas Tech is nearing the same territory with a series against West Virginia still on the docket this weekend. That leaves two wide open spots in the seven and eight holes with South Carolina, and yeah, that team, Virginia, occupying the final two places. The SEC leads the charge with four national seeds, while the ACC has three and the Big 12 has one.

The host situation also saw some changes this week. While Michigan and Washington were host sites last week, the Wolverines had a rough week against Ohio State and the Huskies dropped an ugly home series to rival Washington State. Cal State Fullerton supplants the Huskies as a West Coast host after a huge weekend at UC Santa Barbara, while after a significant amount of debate, Vanderbilt earned the final host spot in our projections, giving the SEC an unprecedented seven host sites, while the ACC earned five host sites.

Interestingly, the ACC leads the way with 10 postseason bids, the SEC is slightly behind with nine, while the Pac-12 comes in with five with Utah entering the mix as the automatic bid. Meanwhile, Conference USA is sitting at four bids and the Big Ten is down to three. Louisiana Tech was our last team in the field of 64, while Oregon State was our first team out of the field.