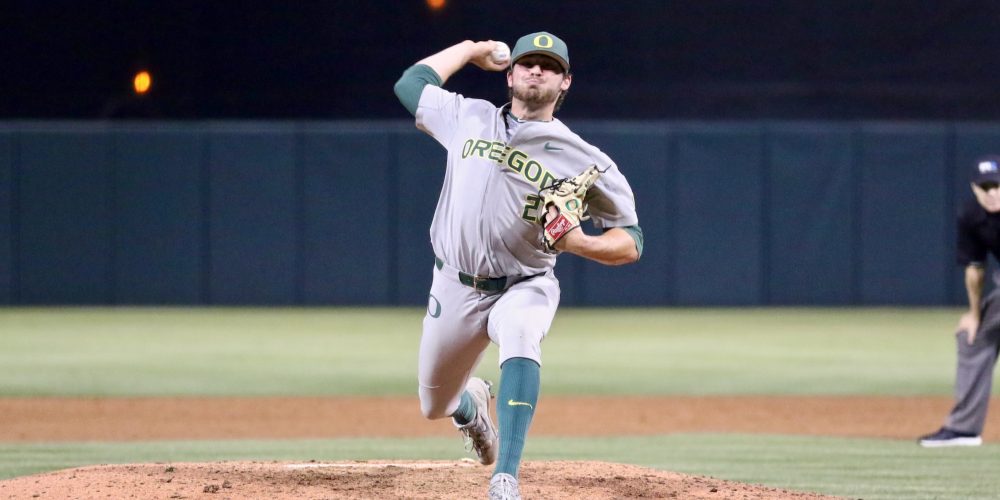 Now that we’ve ranked the Cape Cod League’s top 40 hitting and top 40 pitching prospects for the 2019 draft, it’s time to see how the league’s prospects line up by position, combining 2019 and 2020 draft-eligible players. Here’s an in-depth look at the league’s Top 25 RHP prospects.

A 6-foot-7, 265-pound, extra-large-bodied righty in the Jonathan Broxton mold, Manoah consistently pitched at 92-96 mph, mostly 95-96 during both looks. Throws all from the stretch and relatively easy from a high three-quarters slot. Fastball has finish, as it jumped through the zone with bore at times. Swing/miss pitch. His first start was good, his second even better; struck out 12 in six innings with an above average-to-plus slider. Showed great feel. Most were hard sweepers while flashing solid depth as well. Simply by throwing it harder and keeping the L shape in his arm at release, the pitch has the potential to be a ML swing/miss pitch. I don’t throw 70 grades (plus-plus) too often on amateur players, but that’s where this pitch may end up down the road. Manoah also mixed in an occasional firm changeup at 88 mph. In what looks to be a down year for college pitching overall, at least at the top level and with starters, Manoah is a bright spot with top round potential.

Another big arm on what looks to be a powerful Phoenix pitching staff, Kirby is a long limbed, projectable righty with a proportional build between his upper and lower halves. Lean build at six-foot-four, 205 pounds. Loose arm action with three-quarter release and good arm speed. Arm remains bent and compact throughout throwing motion. Balanced leg lift. Short stride. Good direction to the plate. Everything looks clean and easy. Fastball sat 90-94 mph, touched 96. Comes out of the hand easy with consistent, late life. Projects to add several more mph to his heater when he reaches full maturity. Threw mostly fastballs on this look because there was no need to throw anything else. Hitters just couldn’t square it up. Only saw one below average curveball at 77 mph. Loose spin, no bite. Possibly better suited to throw a hard slider. Flashed a changeup with good sink and run during warm-ups. Didn’t do much in game at 82-83 mph, firm offering. Walked just one batter in 13 innings with 24 strikeouts this summer. Possibly a bit of a reach at No. 2 overall on our list, we are bullish on what this spring will hold for Kirby. Look for him to attract mass scouting attention and early round consideration in June.