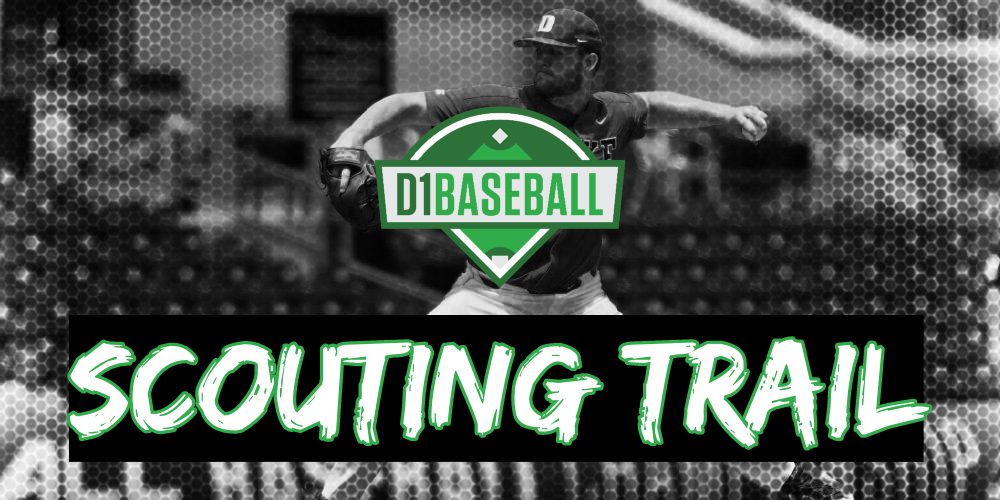 With junior colleges and small colleges well underway and pitchers and catchers reporting to Major League spring training, baseball is in the air. This past weekend was the start of the Division I season and I found myself logging miles on Tobacco Road, as Wake Forest hosted a four-team tournament and Duke, Elon, North Carolina and North Carolina State were all home. I had my sights set on seeing a couple potential first-round bats and several big arms from our Preseason Top 350. While the arms weren’t as sharp as expected, the bats looked to be in mid-season form. As for the tools and talent, here’s what I saw:

No. 4 Graeme Stinson, LHP, Duke– A week behind on building up his pitch count, Stinson was limited to 60 pitches in his 2019 debut. During his three-inning stint, he flashed his fastball up to 94, while sitting mostly 90-91 mph and a 2100 rpm spin rate. He worked exclusively from the stretch and filled up the strike zone with both his fastball and slider, striking out six. His usual 85-87 mph slider was just 81-83 on this day, yet it still showed sharp, late action at 2500 rpm, inducing several swing and misses over the top of it while also backdooring and freezing the Lehigh hitters.

What the analytics say (based on final 2018 spring statistics):