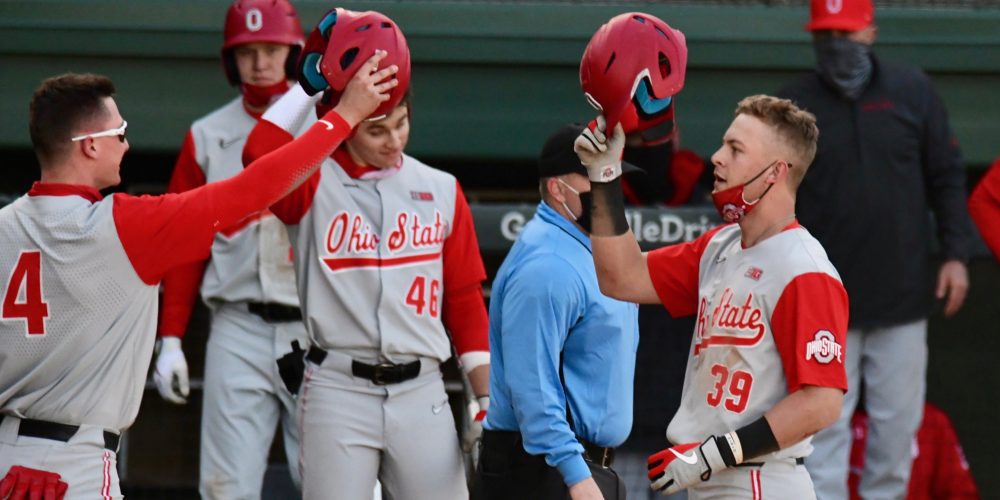 GREENVILLE, S.C. — Opening weekend for cold-weather college baseball teams can be dicey. It’s not uncommon, for instance, to see defenders misjudge routine pop-ups because they just haven’t gotten any reps outdoors in practice. So it was striking that Michigan State and Ohio State played mostly clean, crisp baseball for four days at Greenville’s Fluor Field, emerging as two of the big winners from Big Ten’s first weekend of play (along with Michigan, Indiana and Nebraska, all of whom also started 3-1). The Buckeyes took three out of four from Illinois, and the Spartans won three of four from Maryland.

〈
Previous Article D1Baseball/AstroTurf Player Of The Week: Oregon's Kenyon Yovan
Next Article On The Mark: Inside the Records
〉