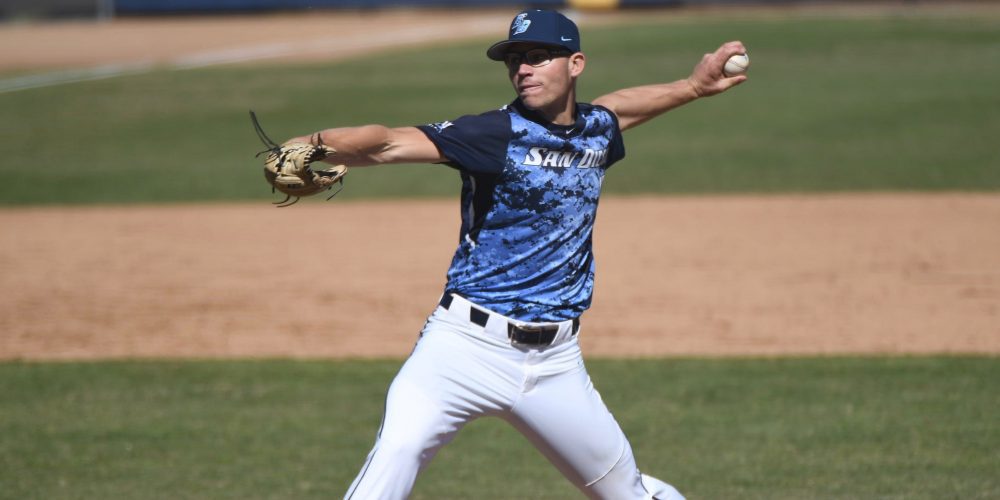 • Nick Sprengel takes a big step forward in his battle back from a bout of wildness
• San Diego impresses in all phases during a huge weekend
• Observations on Arkansas and Arizona, which are much better than they showed this weekend

SAN DIEGO — Nick Sprengel had to blow it all up and start again from scratch.

Sprengel, a junior lefthander for San Diego, was expected to be one of the premier Friday night starters in college baseball after going 9-1, 3.29 as a sophomore and then thriving in a relief role for USA Baseball’s collegiate national team last summer. The Toreros shut him down when he returned to USD’s campus last fall, and when he started throwing again toward the end of the summer, something was just off.

Sprengel was dealing with a serious “bout of wildness,” as San Diego coach Rich Hill put it.

“He kind of came back the last two weeks (of the fall) and it just wasn’t right,” Hill said. “I thought his arm was kind of in segments. Coach (Nathan) Choate and I just said, ‘Hey, we need to scratch this thing if he wants to achieve his dream of pitching in the major leagues for a long time.’ And it was my call, completely what I wanted to do.

“(He was) very mechanical. So we said, ‘We’re gonna burn this thing down to the studs, and we’re gonna build you back up.’ So we’ve been doing some kind of funky drills, throwing him a ball and having him throw it, working on his arm circle, some one-knee catch type of things. To the back of the mound, he’ll throw 90 (feet), then 80, then 70. So it’s just all about feel, a real short arm circle, and then combined with all the mental stuff we’re doing, we want him to have a big league career, even if in the first couple weeks it resulted in us losing a couple games.”

The Toreros held Sprengel out during their first weekend of action, instead giving him the start last Monday in an exhibition against British Columbia. It did not go well: Sprengel labored through four innings, throwing 91 pitches and allowing six earned runs on eight hits and five walks, striking out two.

Sprengel kept working and kept his chin up during the following week, and the Toreros decided to give him the start Sunday morning against No. 4 Arkansas.