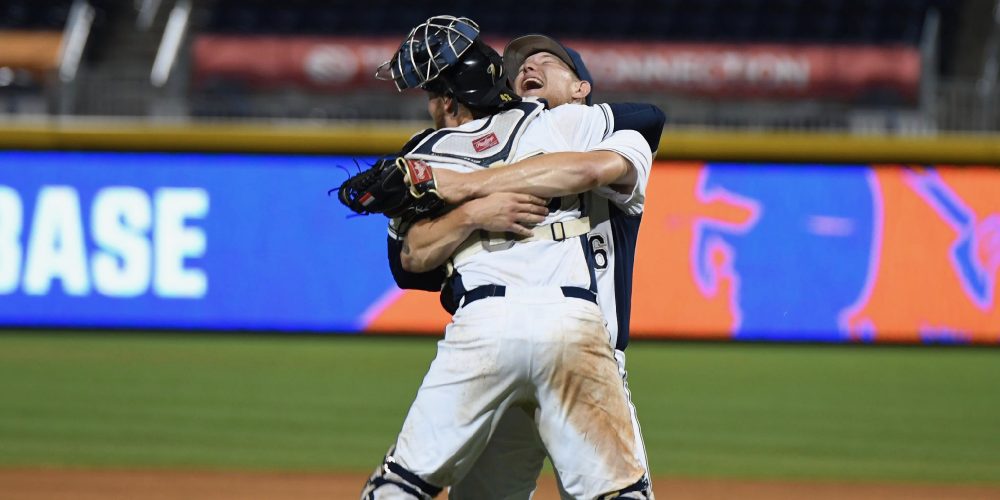 DURHAM, N.C. — You really can’t make this stuff up. It’s like something out of one of those classic baseball movies laced with undercurrents of romanticism and mysticism — “Field of Dreams” meets “The Natural.”

Fast forward to Thursday night. Pitt and top-seeded North Carolina were tied 4-4 in the seventh, and the Panthers had runners at second and third with one out for Cole MacLaren. Before the at-bat, UNC coach Mike Fox said aloud, “You know, this is a good time to squeeze here.”

And Jordano called for the suicide squeeze.

“As soon as Caleb (Parry) got to third base, I said, ‘Caleb, we’re going.’ And I immediately gave the sign, and he looked at me, and I said, ‘first pitch,’” Jordano recounted. “I figured we were going to get a fastball, especially to Cole, and he did a tremendous, tremendous job getting the bat on the ball.”

UNC reliever Brett Daniels did not throw a fastball — instead he threw a first-pitch slider that backed up on him and jammed the righthanded-hitting MacLaren as he squared. But MacLaren kept his focus and got the bunt down, then fell backward to the ground, as Parry trotted home behind him with the go-ahead run, propelling Pitt to a thrilling 5-4 win. It was a very difficult pitch to bunt on, and if MacLaren hadn’t managed to get a barrel on it, Parry would have been hung out to dry. But MacLaren did his job, rewarding Jordano for his bold play call with his team’s season on the line.