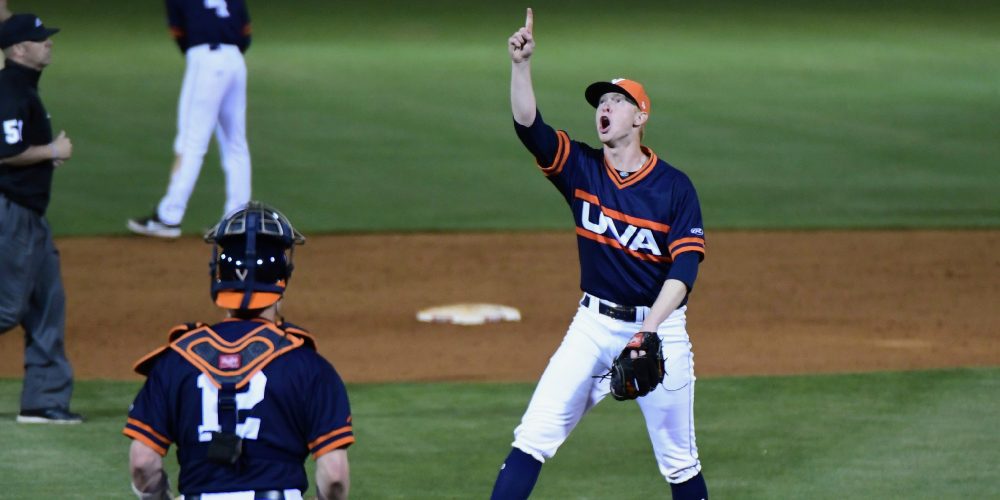 RALEIGH, N.C. — Plenty of folks outside the Virginia locker room probably wrote off the Cavaliers two weeks ago, when they dropped a series at Georgia Tech to fall to 9-10 overall and 2-4 in the ACC. And certainly the Cavs were at a crossroads — they had lost four of their last five games, and it seemed like they were on the verge of falling into a daunting hole.

Instead, Virginia rallied. The Cavaliers beat Connecticut in a midweek game after the Georgia Tech series, and they haven’t lost since. They extended their winning streak to seven games with a marquee win Friday night on the road at No. 5 NC State, 4-3.

“The win we had two Wednesdays ago against UConn was pretty big,” Virginia coach Brian O’Connor said. “Coming back from Georgia Tech, we had felt maybe that we could have gotten a second game there at Georgia Tech and didn’t get it done, then we got that UConn game on a Wednesday and it gave us some good, positive feeling going into the weekend. So we’ve been playing some pretty good baseball. We talked a little bit early on about the inexperience from a pitching standpoint, and I think the more experience those guys get, the better we become.”