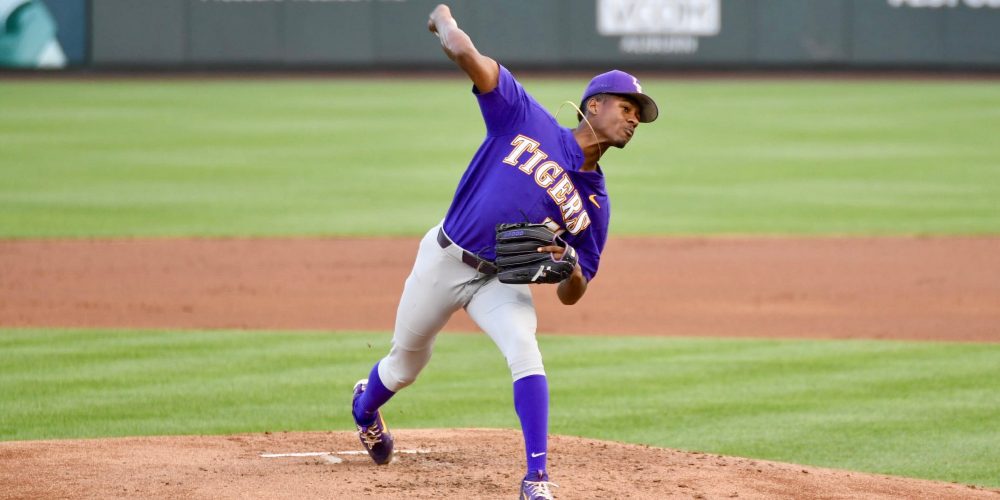 AUBURN, Ala. — After Thursday night’s 11-4 loss to Auburn, LSU coach Paul Mainieri resisted the suggestion that his team’s back was against the wall — and who could blame him? Maybe that kind of talk is for analysts and pundits, and a head coach should always remain focused on simply getting his team to compete every day, and not get bogged down in bigger picture considerations.

But our job is to analyze the big picture, so leave it to us to say that this is a very big weekend for LSU, so Friday’s game mattered a great deal to LSU’s postseason hopes. With an RPI ranking of No. 47 heading into Friday, LSU was on shaky ground for an at-large bid, despite its respectable .500 record in SEC play. Win this series to finish with a winning record in conference play, and LSU would almost surely find its way to the right side of the bubble. But lose this series, and the Tigers would have plenty of reason to sweat heading into the SEC tournament.

So things didn’t look great for LSU, down 1-0 in the series and due to face Auburn ace Casey Mize, the nation’s most talented pitcher and the leading candidate to be drafted No. 1 overall in June. But…

“That’s why you play the games,” Mainieri said after Friday’s 6-2 LSU victory leveled the series. “I’ve coached over 2,100 of them, I’ve seen it all. I’ve been in as big of games as there’s been, backs against the wall, I’ve been out front. Anything can happen in baseball.”

And on this day, the great Casey Mize was outpitched by LSU freshman Ma’Khail Hilliard. Mize pitched at 93-96 with his fastball, while Hilliard worked at his usual 86-89 — about the same velocity as Mize’s cutter and split-finger. But Friday was a great reminder that sheer velocity doesn’t win baseball games, and that excellence comes in all shapes and sizes.