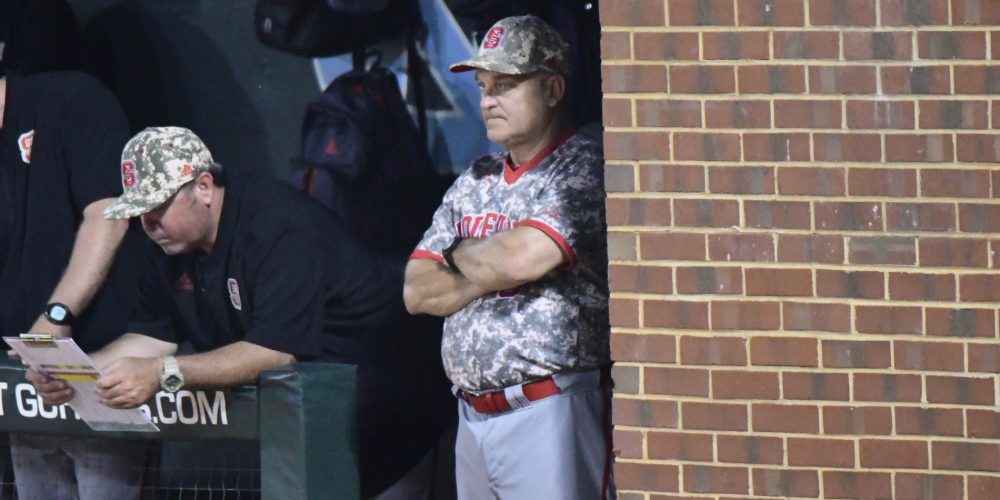 With Heavy Hearts, NC State Wins One For Bruce Winkworth

Bruce started working NC State baseball games in 1981 and worked and/or covered Wolfpack baseball pretty much continuously for the next three and a half decades, serving as radio broadcaster, reporter, public address announcer, official scorer, and sports information director. Two years ago, he wrote, “I feel quite safe in saying that I’ve seen more Wolfpack baseball games — somewhere just south of 2,000 and counting — than anyone alive, and I dare say I know more NC State baseball history than anyone, alive or dead. I know where the bodies are buried.” After a long tenure as SID, Bruce retired upon the conclusion of the 2012 season.

A year later, the Wolfpack finally made it to Omaha for the first time since 1968. NC State coach Elliott Avent had already booked Bruce a trip to the 2013 College World Series as a retirement gift — and it was pretty special that the ’Pack joined him there. Bruce always regarded that experience among the greatest of his life, along with the countless epic rock concerts he attended over the years, particularly during the glory years of the 1970s. A devout Bruce Springsteen fan, he often reminisced about seeing the Boss during the original River tour in 1980. But that trip to Omaha in 2013 might have been his favorite show of all.

Bruce died peacefully on Friday after an 18-month battle with cancer. Even after his retirement, Bruce remained a fixture at Doak Field, and he and Avent remained very close until the end. You’ll never meet a man with a bigger heart than Elliott Avent, and he was a daily presence by Bruce’s side over the last few difficult weeks. When Bruce’s wife Rita — a 35-year breast cancer survivor — passed away a few weeks ago, Avent was at Bruce’s house within the hour. And after Rita’s passing, Bruce’s own fight with cancer took a turn for the worse — but Avent was there with him, visiting twice daily at the hospital, and then at the hospice facility.

We are deeply saddened by the loss of longtime former SID Bruce Winkworth this afternoon. He knew anything and everything about NC State baseball, and no one loved our program more than he did.

“I told [North Carolina coach] Mike [Fox], even after last night’s loss, as tough as it was, that’s where I stopped as soon as the game was over, and I spent a good hour there,” Avent said Friday night. “This morning I could tell this was going to be his last day. I didn’t promise him a win tonight, because my daddy always told me never promise anything you can’t deliver, but I told him we’d give everything we had. But boy, we’re gonna miss that guy. It was a tough day for me emotionally.”

Before Friday’s game, North Carolina honored Bruce with a moment of silence, and Fox also had some kind words about Bruce for Avent.

“It was nice of Mike Fox to say that,” Avent said. “I think that shows what Bruce Winkworth has meant to the entire baseball community. Not to NC State, not to Elliott Avent — what he’s meant to the entire baseball world. He’s one of the smartest baseball people I’ve ever met in my life. I always called him my general manager, my bench coach, whatever you wanted it to be, and he helped me get as many wins as, you have no idea.” 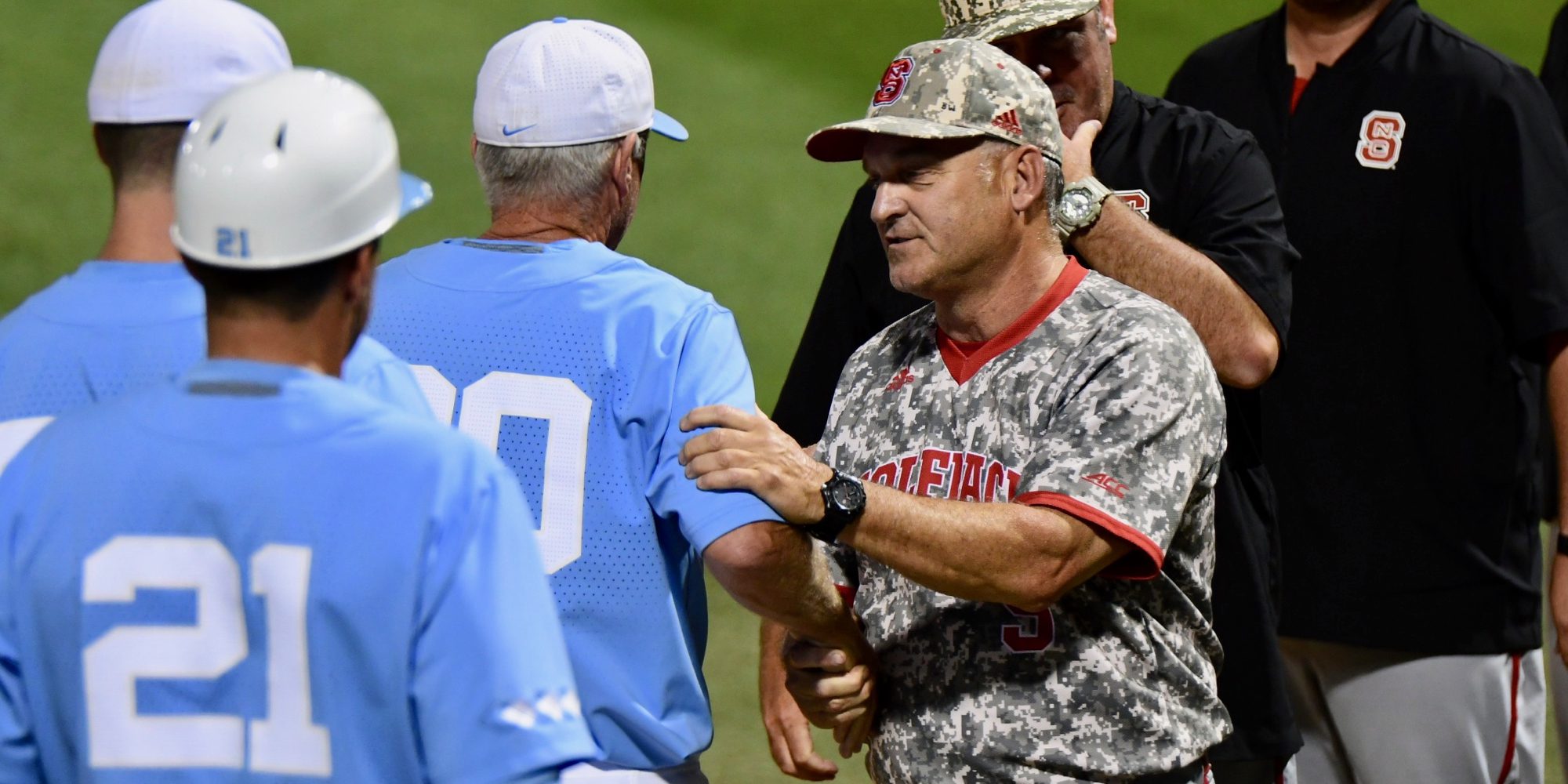 I think it’s safe to say that Bruce would have been proud of NC State’s effort Friday, a day after some defensive miscues helped cost the Wolfpack a crucial victory in Chapel Hill. On Friday, NC State came out of the chute swinging hot bats, and never let up in an 11-2 blowout victory. It was a complete team effort, with excellent pitching from Reid Johnston and airtight defense as well as a relentless offensive attack.

One of Bruce’s all-time favorite Wolfpack players, Will Wilson, led the charge, reaching base safely in all six plate appearances, going 4-for-4 with two RBIs, a homer, a ground-rule double, and a hustle double on a botched pop-up capped by a head-first slide into second base — in the ninth inning of an 11-2 game. That play was a prime example of why Bruce was such a fan of Wilson, a true gamer who always plays at full speed.

A little context: over the last 15 years, Bruce and I became close friends as well; we’ve met up for lunch about once a month for years (his email signature said, “Enjoy every sandwich” — words to live by!). And at every meeting he would hand me a stack of discs filled with music, from complete Springsteen concerts to rare Beatles recordings to blues, bluegrass and so much more. After Friday’s game, I ran into NC State DH Brad Debo (another Bruce favorite) chatting with a couple of Wolfpack supporters about Bruce, and one of them told me a similar story about receiving countless discs of music from Bruce. That made me smile. That’s just how Bruce was — he loved to share the things he was passionate about with others.

And that included the Wolfpack. Even after he retired, Bruce served as my de facto advance scout for NC State. He would send me long emails after watching fall practices and preseason scrimmages breaking down the entire team. One of the first emails he ever sent me about Wilson, in January before Wilson’s freshman year, contained this bit of analysis: “And, no surprise, Will Wilson hit the crap out of the ball all three days. All he does is crush the ball.” 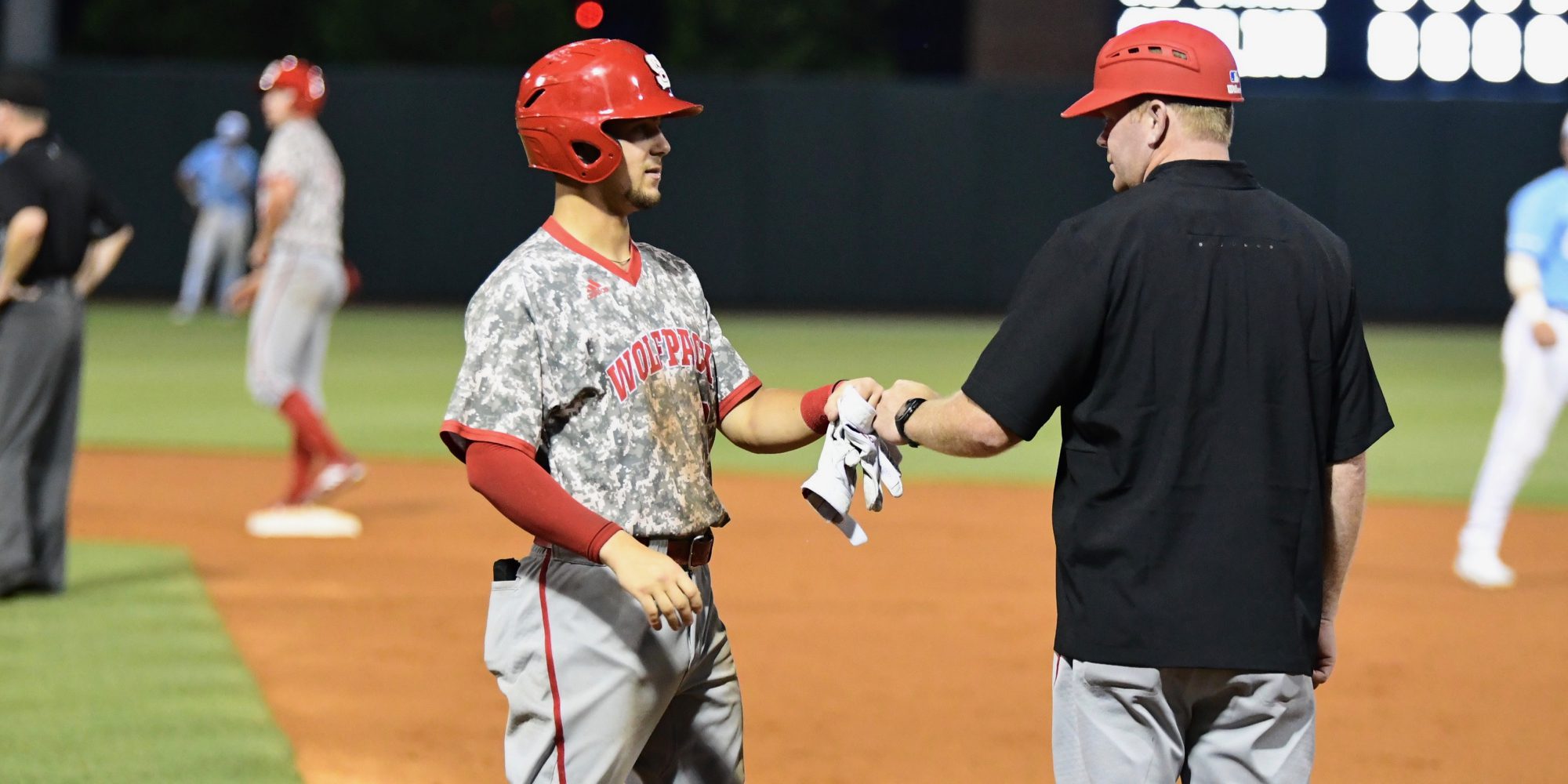 Bruce’s early assessment about Wilson was spot-on; all he does is crush the ball, and he has for three amazing seasons. Bruce also spent a lot of time around the players, even after his retirement, and he always spoke glowingly about the character of guys like Wilson, Debo and Dillon Cooper — all of whom visited Bruce in hospice last week. I saw Bruce later that day, and it was obvious how much the players’ visit had meant to him.

“He’s been around with us for a long time, obviously some of you guys have worked with him, just a great guy,” Wilson said Friday.

One of Friday’s many Twitter tributes to Bruce from SIDs and media members came from former Virginia baseball SID Andy Fledderjohann, who aptly described Bruce as “one of a kind … funny, snarky, cantankerous and always passionate about baseball and his Wolfpack.” Bruce had a LinkedIn page in which he even described himself as a “retired curmudgeon.” He also maintained a personal Wolfpack blog entitled, “The Unofficial Scorer: Antisocial Media For The Damned 21st Century.” Bruce was no stranger to curmudgeonly sarcasm — and we loved him for it — but deep down he was no cynic, at least not about Wolfpack baseball. While his private assessments of the Wolfpack were never sugar-coated, he was nevertheless unfailingly optimistic about the potential of any given NC State team, if certain things came together the right way.

He certainly saw the potential in this group, and he marveled at the toughness and character NC State displayed over and over again during its 25-1 start. After weathering an injury-fueled midseason slump, NC State is now 40-15 overall, 17-12 in the ACC, and probably one Saturday win in Chapel Hill away from effectively sewing up a home regional. Over the last three weeks, this team has gotten back to playing very good baseball, and it has a real chance to get back to Omaha for the first time since that 2013 trip.

And wouldn’t that be an appropriate sendoff for Bruce Winkworth?