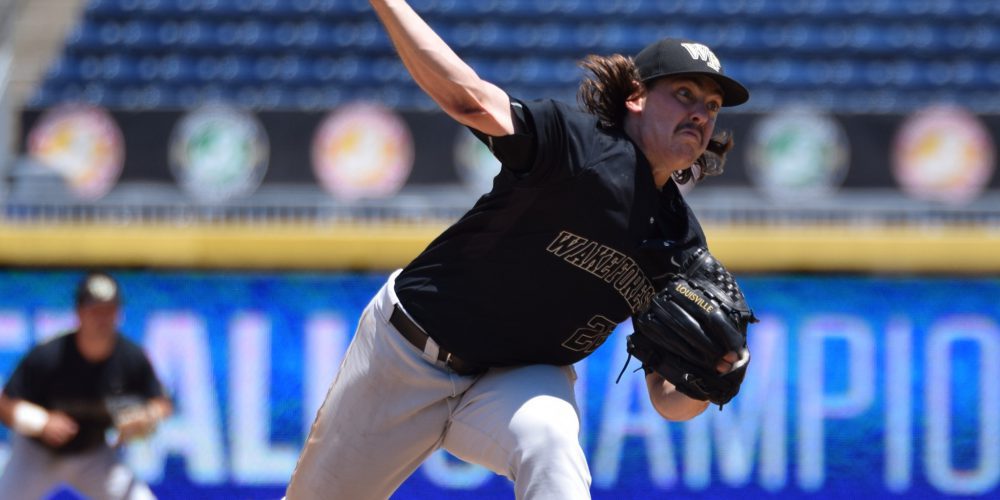 DURHAM, N.C. — Wake Forest’s Will Craig leads the nation in OPS, which might be enough on its own to earn him the Golden Spikes Award. He’s also Wake’s most trusted reliever, going 2-0, 1.80 with seven saves off the mound. It’s hard to provide a whole lot more value than that, but Craig was still passed over for the ACC player of the year award, which went to Clemson slugger Seth Beer (also the league’s Freshman of the Year). And while Craig knows how good Beer is, he was honest about his disappointment over not winning the award.

“Obviously I was upset that I didn’t get the award. I felt like I did everything to deserve to get the award,” Craig said. “But Seth Beer is a great player, I can’t say anything else — he pretty much singlehandedly beat us two of the three games we played them. So he’s a great player, he’s got a great future.”