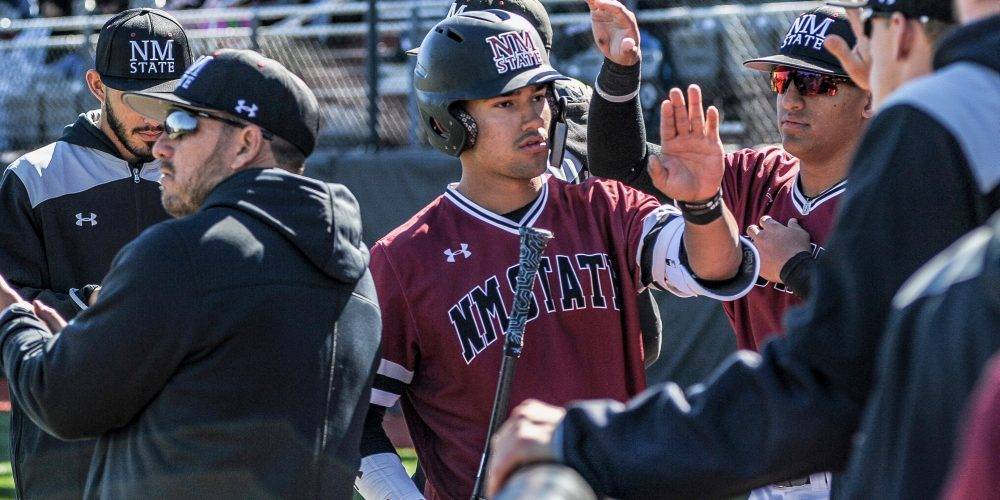 New Mexico State sophomore second baseman Nick Gonzales homered in all four games of the Aggies’ sweep over Delaware this past weekend. For Gonzales, that performance qualifies as a nice weekend, but it was nothing extraordinary in the context of his season to date.

After all, Gonzales already has 10 home runs in just 13 games this season. Three weeks into the spring, it’s an anomaly when he doesn’t go deep.

Gonzales’ numbers are simply mind-boggling. He leads all of Division I in all three triple crown categories: home runs, batting (.590), and RBIs (37 … in just 28 at-bats). Not surprisingly, he also leads the country in slugging (1.213), runs (28), total bases (74) and hits per game (2.77). Certainly it’s worth noting that New Mexico State plays in one of the nation’s most extreme hitters’ park, and the entire team has feasted (to the tune of a .408 batting average and 29 homers) against overmatched early-season competition — although Texas Southern and Yale were our preseason picks to win their respective leagues, and the Aggies won seven of eight against them, scoring 13 or more runs in all seven wins.

But caveats aside, Gonzales has performed at an unbelievable level. On a team full of dangerous, disciplined, veteran hitters, Gonzales has become the unstoppable centerpiece.