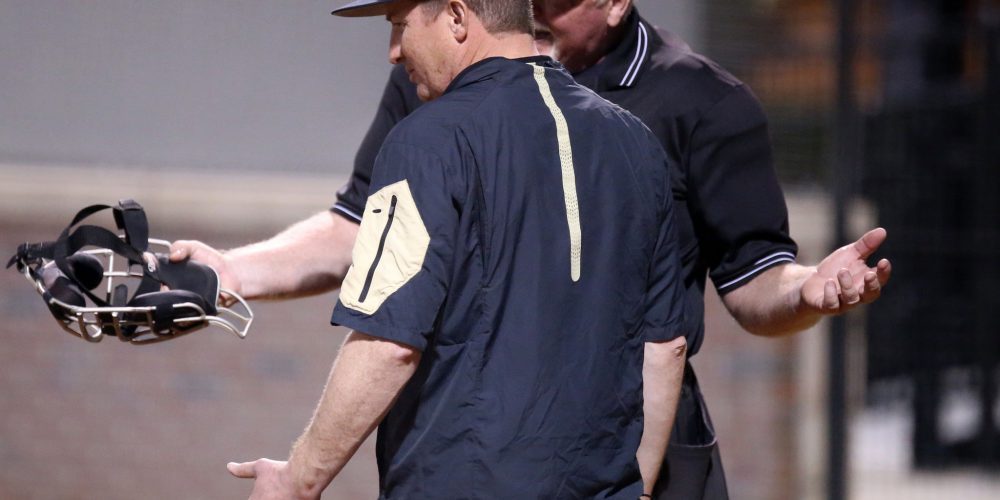 There’s a lot of buzz around college baseball right now about potential coaching changes in the coming weeks, but the carousel officially got started Monday when Army announced it was parting ways with third-year head coach Matt Reid.

Reid and the Black Knight were 16-32 overall this spring, finishing dead last in the Patriot League in the process. The 37-year-old guided West Point to a 21-16 overall record and sixth place conference finish in 2015, while his best campaign was his first, where he led the program to an impressive 33-18 record, tying for first in conference in the process.

Overall, Reid finishes his coaching career with a 70-76 overall record. He had plenty of success as an assistant for the Black Knights, a role he occupied for six seasons before he became the head coach. He had previous stops at UNC Asheville and Old Dominion.

“I’d like to thank Coach Reid for his contributions to the Army West Point baseball program,” Director of Athletics Boo Corrigan said. “Matt is a man of great integrity and pride. We wish Matt nothing but the best moving forward.”

It will be interesting to see which direction the Black Knights go with Reid’s departure. Assistant coach Tyler Cannon, formerly a player at Virginia, will serve as the interim head coach, while Corrigan specifically said the academy would do a national search for a new head coach. One of the more interesting names to potentially keep an eye on is St. Joseph’s head coach Fritz Hamburg. Hamburg earned a stellar reputation during his eight seasons as an assistant at Army. He earned National Assistant Coach of the Year honors back in 2007 and helped guide the Black Knights to one of the most successful eras in program history. The Black Knights also would be smart to take a look at Navy assistant coach Bobby Applegate, who previously served as an assistant at UC Riverside.

Army has made six NCAA postseason appearances, with the last coming in 2013.