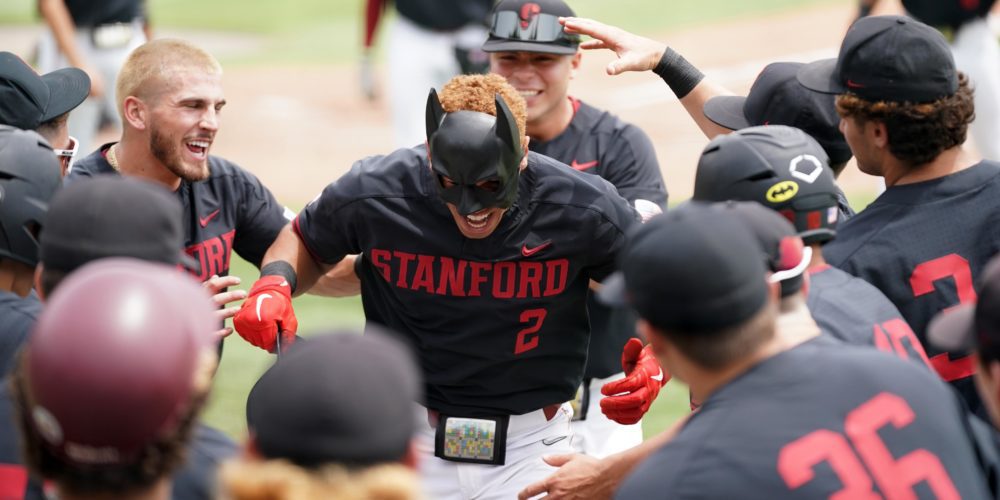 Drew Bowser dons the Batman mask after hitting a grand slam that flew to Gotham City and back and put the Cardinal ahead for good in this game.

STANFORD, Calif. — Day one of the NCAA Tournament is done and way out West here in the Silicon Valley things played out as the seedings called for. The homestanding Cardinal eventually tamed a really game bunch of Bearcats from Binghamton, 14-6, and in game two the second-seeded Texas State Bobcats stormed from behind to overcome an early deficit to beat the third-seeded UC Santa Barbara Gauchos 7-3.