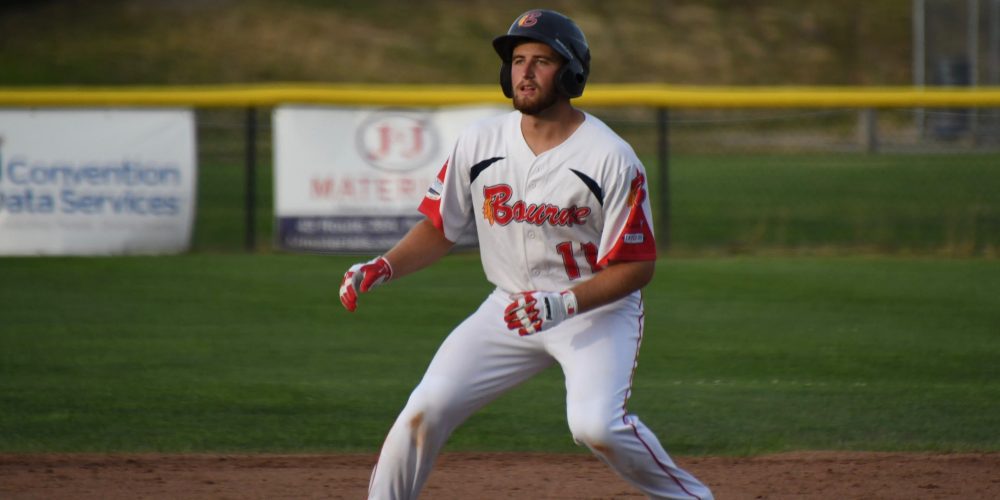 Team by team prospect reports from recent coverage of the Cape Cod Baseball League continue with a righthanded pitcher up to 96 mph highlighting our list of players who stood out this summer for the Bourne Braves. Prep Baseball Report’s Dan Jurik breaks down Bourne prospects:

6’4, 220 pounds. Widely built with a broad upper body. Brickhouse has an imposing, physically mature frame. Even with his present strength, there’s still room to add more mass to his build. Defensively shows all the actions and athleticism necessary to handle 1B. Light on his feet, moves well around the bag, quality defensive actions. Arm shows looseness with plenty of strength. Saw some time at 3B during pre-game infield and looked capable of filling in there if needed. Uses a level, compact swing at the plate with a ton of leverage. Power plays to all fields. Uses his backside gap exceptionally well. Keeps hands inside of the ball and consistently gets extension after contact. After two impressive seasons at ECU, Brickhouse had an inconsistent summer. I witnessed a four strikeout game against Chatham on July 12th and then 10 days later Aaron Fitt saw him take home All-Star Game MVP honors. Despite the up and down summer, with his physical tools and track record of hitting while at ECU, expect another strong season for Brickhouse in the spring.