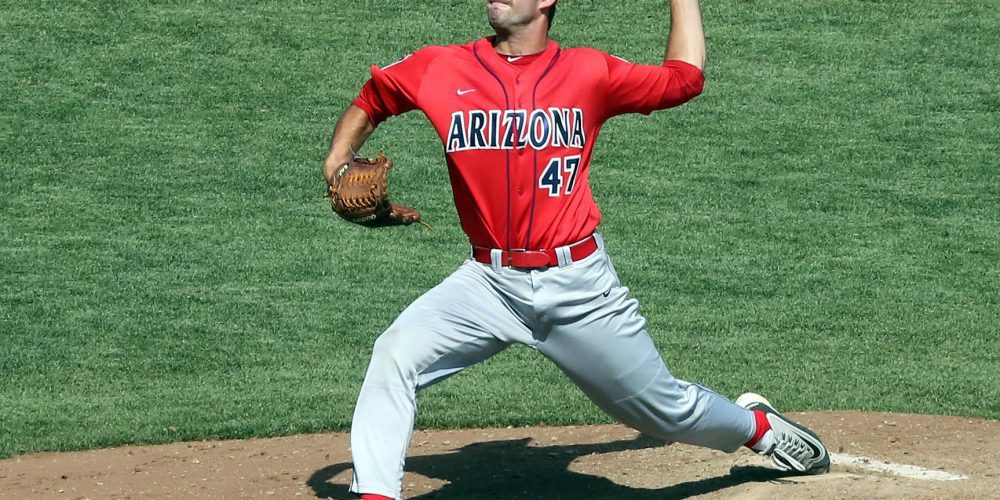 The top three hitters from last year’s national runner-up team — Zach Gibbons, Cody Ramer and Ryan Aguilar — are gone, leaving Matijevic as the only proven impact run producer in the lineup. Matijevic has All-America potential thanks to his premium lefthanded bat speed and ability to hit hard line drives to all fields. Stevenson hit .358 and slugged .454 as a freshman at Nevada two years ago, and he was Arizona’s best player in the fall. He’s a born catalyst with innate bat-to-ball instincts, and he’s gotten stronger since Jay Johnson coached him at Nevada, giving him a chance to drive those spacious gaps at Hi Corbett and rack up plenty of doubles and triples. Any team in the country would love to build its lineup around Matijevic and Stevenson, but the supporting cast is filled with question marks.

Boyd, Salazar and Oliva were all everyday regulars last year, but neither of them put up loud offensive numbers. Still, Boyd is a hard-nosed senior who usually turns in competitive at-bats and has good situational hitting skills. And Salazar made a bigger offensive jump than Johnson expected this fall, making some swing adjustments and driving the ball more. Oliva looked like a natural breakout candidate by the end of the season last year, when he started to come into his own. He has worked hard to improve his contact rate and hit more line drives instead of lazy fly balls, and now he looks to be on the verge of stardom. The Wildcats are really counting on him to make that jump. Rivas has a nice lefthanded swing with developing strength to the gaps, and he looks ready to become a solid contributor as an everyday player.

Arizona will also be relying upon a number of talented but unproven freshmen. The ultra-athletic Fraizer and Cannon both impressed the coaching staff with their feel for the barrel and surprisingly advanced approach in the fall. And Quintana was a high-profile recruit with experience playing for USA Baseball’s 18U national team. The Wildcats believe he has a chance to be a special hitter.

So Arizona will be younger in the lineup than it was last year, and it isn’t likely to be as offensive, but it has a chance to fairly dangerous if its young hitters can get their footing by midseason.