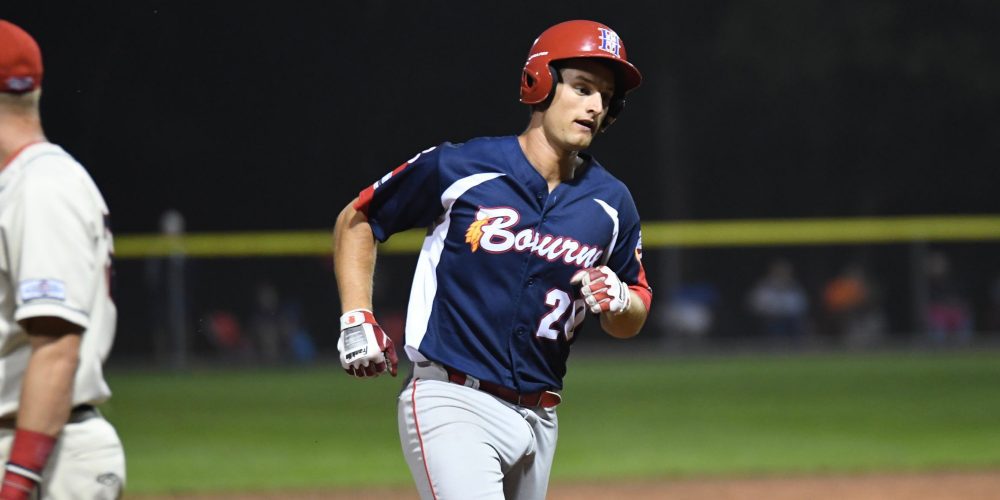 “This is incredible,” the elder Brickhouse said. “Never thought this would have happened when he was 5 years old and you’re throwing to him in the backyard, so this is an incredible experience.”

Of course, it didn’t take long for the Brickhouse family to realize that Spencer might just have a future in baseball.

“Well, I’ll tell you when he was 6 in coach-pitch, I watched him hit it off the base of a 200-foot fence to score three in the final inning,” Adrian said. “I think at that point is when we kind of realized there was something special there.”

On Sunday, Brickhouse not only hit a ball off the wall; he also hit one over the wall. And both hits went to the opposite field, as the 6-foot-4, 220-pound Brickhouse showed off his impressive lefthanded power stroke as well as his mature approach at the plate. That’s nothing new for East Carolina fans, who have watched their slugging first baseman hit 10 home runs in each of his first two collegiate seasons. But it was a loud showing in front of bushels of scouts on a damp, foggy night where the ball mostly didn’t carry.