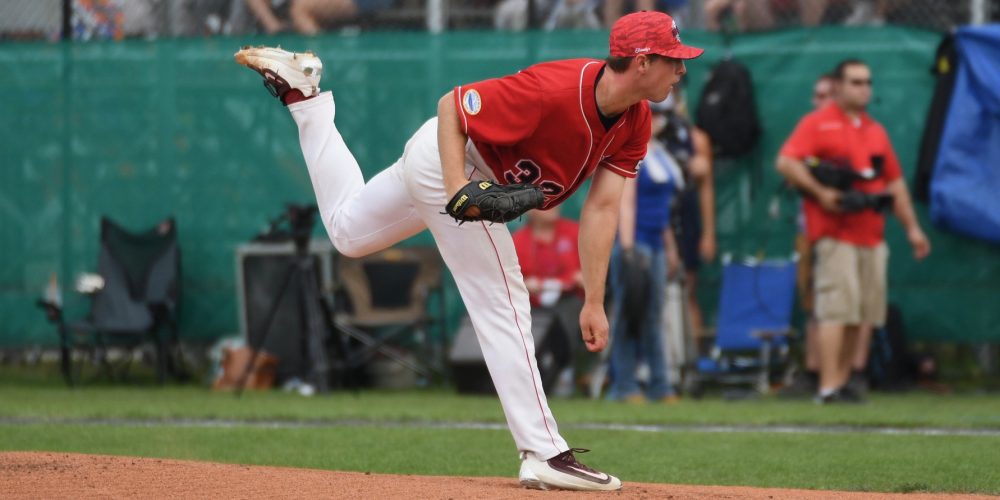 The 2017 Cape Cod League All-Star game was a victory for both the league and for the scouts who attended. While the All-Star selection process will never fully facilitate a way to get every top prospect into the game, this was about a strong a crop of talent as is possible to put together. There were no gripes from the scouts behind home plate, the crowd was strong at 7,136, and each one of those fans was treated to a display of power arms, pitchers with advanced command and hitters with big league power. Let’s a take a closer look at some of the top talent on display on Saturday in Wareham, specifically focusing on the pitchers who made the strongest impressions with scouts.

– Justin Montgomery (2018, rhp, Cal Baptist) has been efficient and dominant for the Wareham Gatemen so far this summer, proving to be one of the league’s breakout pitching stars. What scouts and fans saw Saturday night was exactly what he’s been all summer. He worked a perfect first at 90-92 mph with his fastball, generated outstanding downhill plane from his long 6-foot-5 frame and mixed in a sharp, well-located 85-86 mph slider with late action.