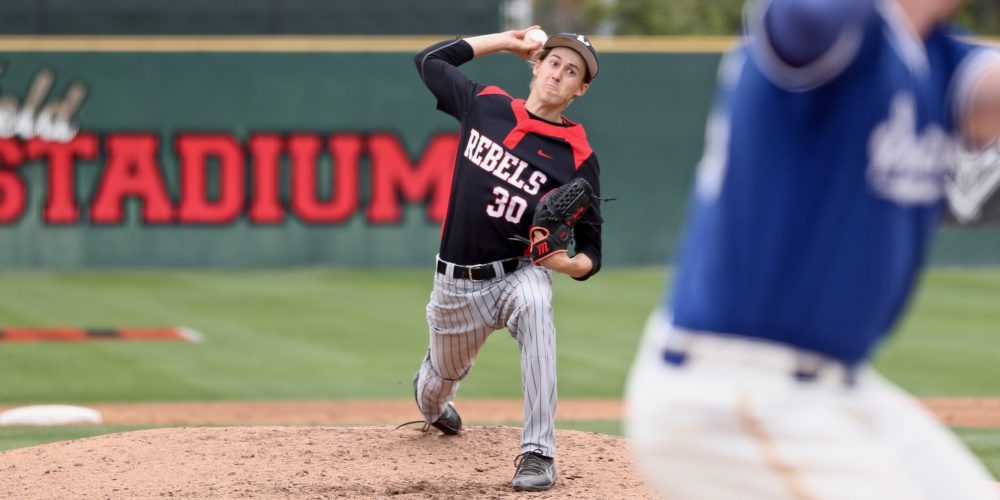 Chase Maddux Rises To The Moment

SAN DIEGO — Chase Maddux knows he isn’t going to throw his fastball by anyone. The UNLV junior righthander tops out in the low- to mid-80s. His pitching coach even jokes that Maddux “takes a knife to a gun fight when he goes out there.”

But he knows how to manipulate his fastball, moving it to varying quadrants with different movements and he complements it with a diving changeup that goes one direction and a breaking ball that takes off the other.

“Pitch selection is pretty key for me.” Maddux said. “My fastball can’t really beat anyone. I’ve got to keep it down. Got to make sure I throw the right pitch in the right counts.”

With sub-par stuff and advanced pitchability, Maddux is probably best suited to be a matchup nightmare out of the bullpen, able to get out of jams by attacking aggressive hitters with pitches they can get to, but can’t do any damage against. Or he could even be used to face a lineup once before they can make adjustments on a second pass, ideally as a long reliever following a hard-throwing pitcher from a different arm slot.

However, UNLV needed more out of him this year.