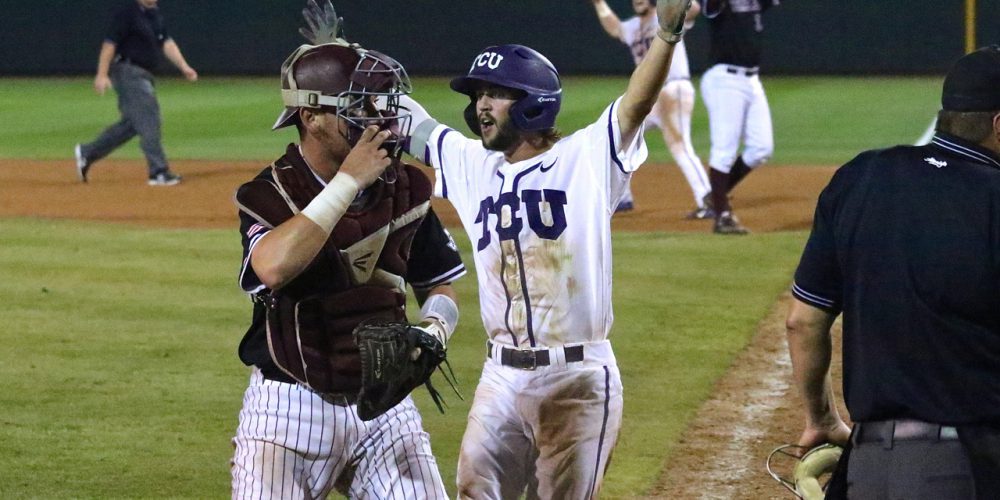 It took nearly six hours, but TCU punched its ticket to Omaha with a 16th inning win. (Shotgun Spratling)

Editor’s Note: The COVID-19 crisis has resulted in the cancellation of the 2020 college baseball season, so we’re digging through our archives and re-posting some of the best work of D1Baseball’s first five years, highlighting some of college baseball’s biggest stars and most compelling storylines. As we continue working our way through the 2015 season, let’s look back on one of the most memorable super regional games of the last decade: TCU’s epic 16-inning win against rival Texas A&M to send the Frogs to the 2015 College World Series. Shotgun Spratling was on hand to report on a game that Frogs coach Jim Schlossnagle called “the best baseball game I’ve ever been a part of.”

FORT WORTH, Texas — Maybe it was just youthful exuberance, but TCU freshman catcher Evan Skoug Tigger-bounced to the dugout like he knew he wouldn’t be donning the protective body armor any more.

It was the 16th inning and Mitchell Traver had just come back from a 3-0 count to add to TCU’s school record 25 strikeouts in a huge spot with Texas A&M runners on second and third. …