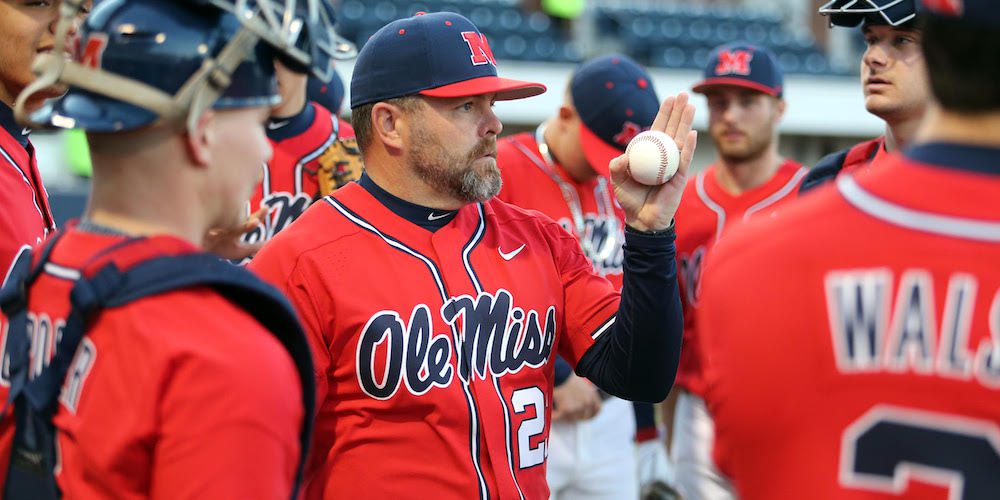 Charleston Southern named Marc MacMillan as its new head coach on Friday, making a nice splash by landing a well-regarded Southeastern Conference assistant. MacMillan has spent the last seven years on the staff at Ole Miss, including the last four working with hitters, outfielders and baserunners as the volunteer assistant.

A former Ole Miss player in the 90s, MacMillan gained head coaching experience at Memphis University School and then at Crichton College, before moving on to become recruiting coordinator and pitching coach at Arkansas-Monticello, then associate head coach and recruiting coordinator at Arkansas-Pine Bluff. He returned to his alma matter as director of baseball operations in 2014, and he’s been a valued member of the Ole Miss staff ever since.

MacMillan is detail-oriented and has a warm presence and an even keel, all traits that should make him a successful Division I head coach. He and Charleston Southern athletics director Jeff Barber (formerly AD at Liberty, where he hired rising star Scott Jackson) share a vision for the future of the program.

“I think what I’d like to do is is mimic Jeff’s vision, and that’s why this is such a good fit,” MacMillan told D1Baseball. “We want to have a faith-based, development-focused program that wins on a consistent basis. I believe in the system we’ve taught for the last seven years, along with others that have aided me. We want to win, and I believe we can and we will. But it was that vision, that common mission, that really allowed this to happen.”

MacMillan visited Charleston on Monday and came away impressed with CSU’s baseball setup.

“It’s great city, a good setting for baseball,” he said. “When you pull up you’re like, ‘Hey yeah, it’s got appeal to it.’ So I’m just thrilled, I don’t know what else to say.”

MacMillan said he will meet with his new players via Zoom on Saturday. “So that’s different,” he said, referencing the unusual circumstances of taking over a new program in the COVID-19 era.

Charleston Southern alum George Schaefer had served as interim head coach this spring, since taking over for former head coach Adam Ward on Jan. 1. Schaefer had plenty of support among the players, and MacMillan acknowledged that.

“I’m sure the players have been very anxious, and I know they had a lot of respect for George, and I respect that. I do,” MacMillan said. “But I am grateful for this opportunity, and I’m very humbled.”

MacMillan will have his work cut out trying to build a winner at CSU, which has been to just one regional in its history, in 1996. The Buccaneers have posted just one winning season since 2001 — but Barber cares about baseball and hopes to continue investing in the program. MacMillan is convinced he can win at Charleston Southern, which hopes to become a real factor in the Big South Conference in the years to come.