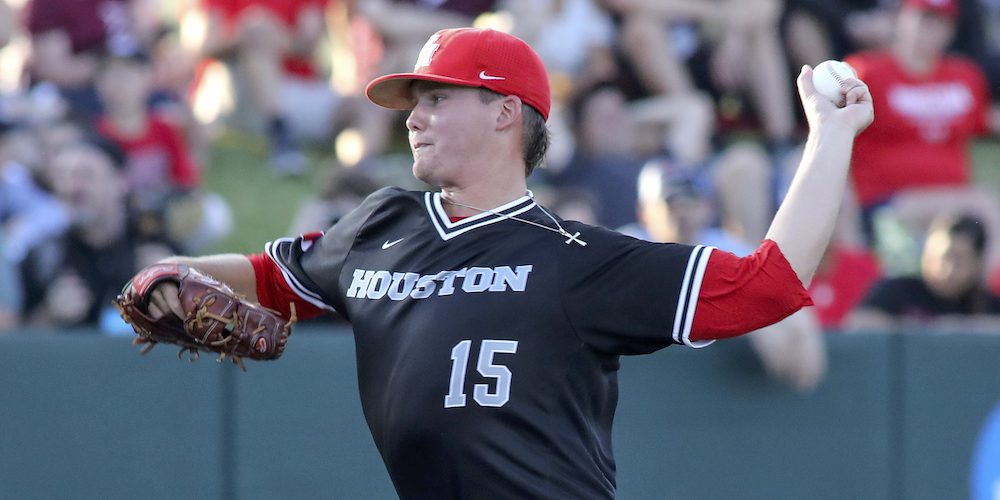 Houston knows how to host a regional. Now, the Cougars hope to soon take the next step after falling just short of a super-regional appearance last season.

The Cougars put together an impressive regular season campaign that ended with an American Athletic Conference championship. Unfortunately, they hosted arguably the most difficult regional with red-hot Iowa, Baylor and Texas A&M as opponents. The Cougars dropped the first game of the regional against Iowa, but stormed back to reach the tournament title game, where they dropped a late-inning heartbreaker to the Aggies.

That setback has set the stage for a charged fall around Cougar Field.

“It’s been good this fall,” Houston coach Todd Whitting said. “I think there’s a feeling around here that we have some unfinished business after how the season ended last year. We had a tough loss in the regional we hosted at home, but this is a gritty bunch we have right now.

“Last year’s team had 22 new players, but this year’s team has a lot of returning guys. We only lost one big pitcher, and that’s John King,” he continued. “We have most of our offense back. Power is a little bit of a concern right now, but I also think there are some guys who can step in and grow up fast. Last year, we had guys like Jake Scheiner, Connor Wong and Corey Julks really step up from a power standpoint, so we’ll need to replace some of that.”

The good news as fall workouts progress? The pitching staff looks to be in terrific shape under new position coach Terry Rooney. Veteran lefthanders Trey Cumbie and Aaron Fletcher performed at a high level during Sunday’s scrimmage, while Mitch Ullom and Carter Henry, among others, will factor heavily into the equation once they get over some mild injuries.

What’s the fall scoop and breakdown of UH this fall? It’s time to dive into it.