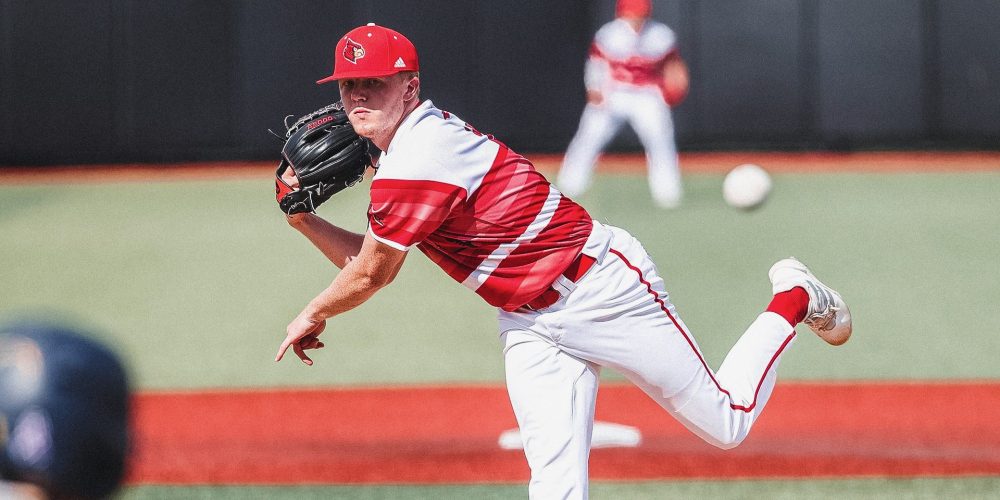 LOUISVILLE, Ky. – Shortly after Saturday’s disappointing loss to Michigan relegated host Louisville to the loser’s bracket, head coach Dan McDonnell reflected that they’ve been in this position before. After an early loss to Illinois State in 2019, the Cardinals battled their way through the bracket and punched their ticket to the next round with a convincing win over the the Redbirds in the rematch on Monday.

“It is just faith; we talk about a lot about faith and belief,” said McDonnell after Saturday’s loss. That is why our guys have their arms up in the air. It’s a biblical[…]