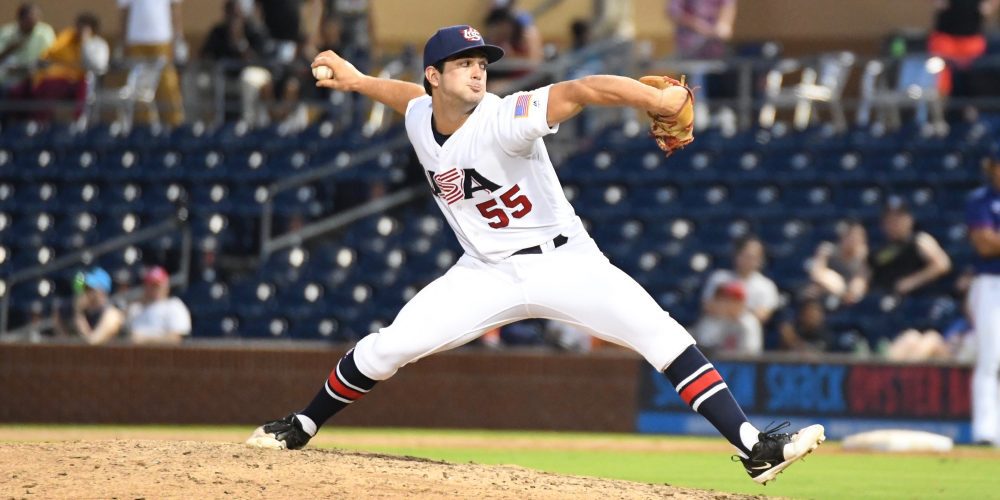 Pitching prospect notes from June 28 (Day Three) of the USA Collegiate National Team training, a 3-2 win in Game One of the Friendship Series against Chinese Taipei.

Kyle Brnovich, 2019, RHP, Elon– A 2018 semifinalist for the Golden Spikes Award, Brnovich did not disappoint against Chinese Taipei. He was the winning pitcher, striking out four during his two inning appearance. The 6-foot-2, 180-pound righty dominated opposing hitters with a hard, big breaking 82-85 mph slurve. His ability to manipulate, repeat and command the pitch allowed it to[…]