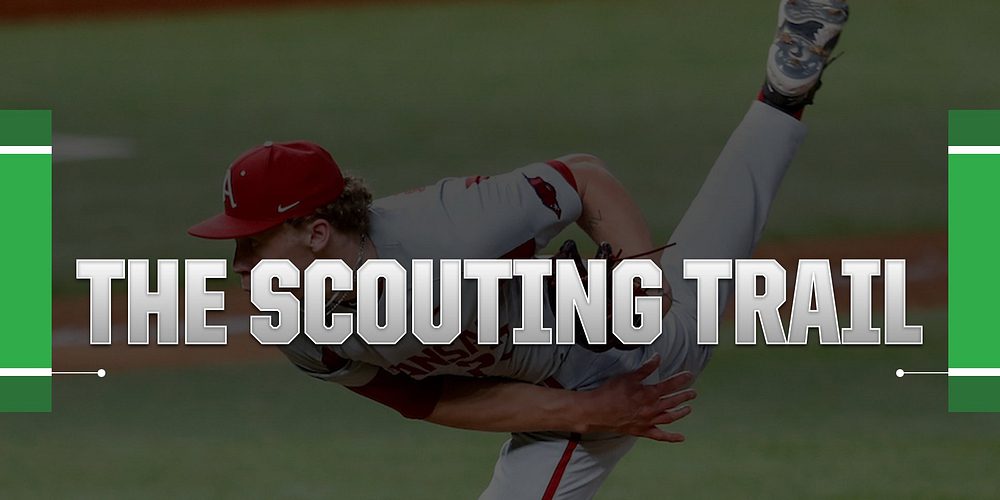 With so much prospect action from D1 Opening Weekend, Part Two of this week’s Scouting Trail focuses on non Top 100 prospects, plus future top prospects for the 2022 and 2023 MLB Drafts.

Arkansas– Ranked at No. 139 Casey Opitz is an even-keeled leader behind the plate who expands the black and steals strikes, especially the low pitch. He’s also one of the few college backstops who calls his own game. The switch-hitter is much more productive from the right side and projects to be a backup at the Major League level. No. 175 on the college[…]