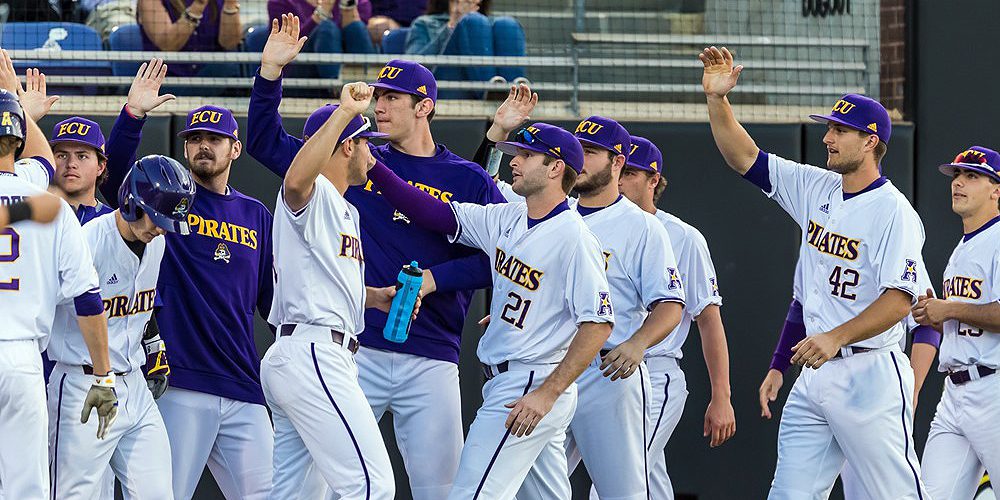 CHAT: Have a question for Rogers and Fitt?

Defending national champion Florida remains No. 1 in the D1Baseball Top 25 rankings after winning a road series at Miami. Oregon State held steady at No. 2 after outscoring its opponents 50-16 in five games to improve to 8-0 on the season. And Texas Tech held onto the No. 3 spot after outscoring its foes 20-0 in a 3-0 week.

Undefeated Florida State moved up one spot to No. 4, while Arkansas fell one spot to No. 5 after a 2-2 road trip to the West Coast. One new team joined the top 10: Stanford climbed four spots to No. 8 after completing a four-game sweep of Rice, one week after sweeping a three-game series from Cal State Fullerton.

Clemson made a big move in the rankings, jumping 11 spots to No. 14 after sweeping then-No. 16 Dallas Baptist, which tumbled to No. 25. North Carolina also took a big fall, plummeting 14 spots to No. 20 after a 1-4 week.

East Carolina vaulted into the rankings at No. 18 after winning two of three in a traveling road series against the Tar Heels. The Pirates replace Cal State Fullerton, which fell out of the Top 25 after dropping a home series to Houston to fall to 1-6 on the season.